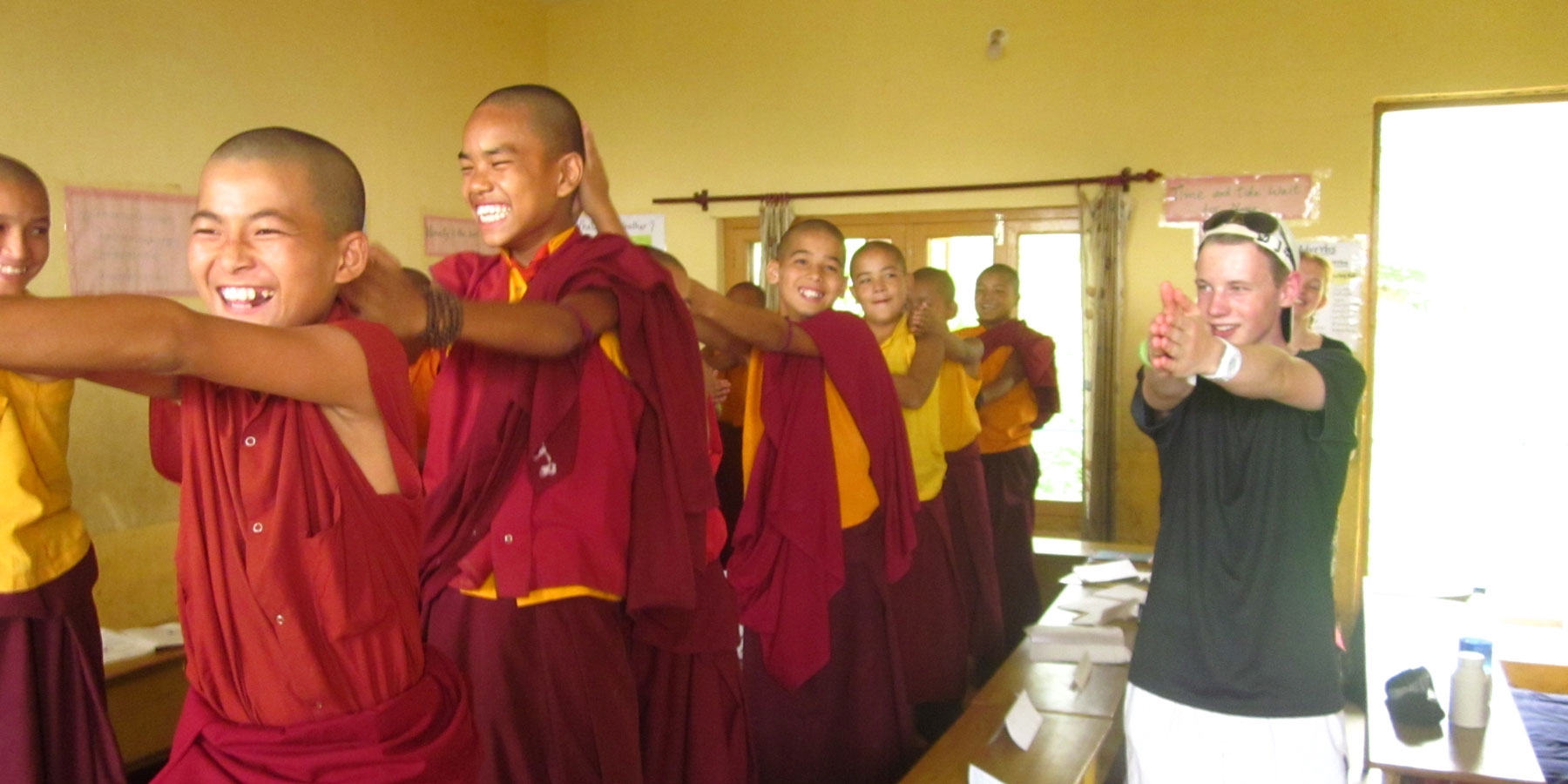 This summer a group of Ardingly students ventured into the hills of northern India to volunteer with the Tibetan refugee community. The students taught English in two remarkably different projects – one a vast secondary school, the other a tiny and under-resourced monastery school. In addition to their teaching, students got the chance to visit sites around India's 'Golden Triangle', including the magnificent Taj Mahal. The group also tried their hands at traditional Tibetan and Indian cooking, and spent time exploring the tea fields and monasteries dotted around verdant Himachal Pradesh during monsoon season.

The Tibetan Children’s Village schools were set up in India by the Dalai Lama's sister following the Chinese occupation. Still today, many children arrive from Tibet alone, having made the three-week journey over the Himalayas on foot. They then live at the school year-round in school 'homes'. The system is like that at Ardingly, except students often don't see family for years at a time. There are also several pupils from Nepal, who have arrived since the recent earthquake. Ardingly students got the chance to teach in both the junior and senior schools, leading full lessons in English on everything from the alphabet to Keats.

The monastery school was much smaller, with very little in terms of resources – really just pencils and paper. Despite the basic conditions the boys were all energetic, friendly and, above all, eager to learn. In both schools, our students had to think on their feet and adapt their lessons to the ability of their groups. They did a brilliant job teaching, and showed thought and generosity in the planning and delivery of their lessons. Each student did themselves and the College proud; all that remains is for them to honour the dozens of promises they have made to be pen pals!