On the 8th of June, 22 members of the Prep School Swim Squad travelled to the London Aquatic Centre to compete in the Independent Association of Prep Schools (IAPS) Swimming Nationals 2019. Only the top 20 individual swimmers and top 20 relay teams from across the country can qualify to attend this prestigious event.

The squad consisted of:

Each and every one of our swimmers had shown great commitment since the first day of training back in September last year. Initially, the swim squad were targeting the IAPS qualifying rounds, with the hopes of swimming fast enough to qualify for the national event.  But as the qualifying round in February got closer, the effort and enthusiasm seemed to motivate the swimmers to do themselves and the College proud. On the day of qualifying, Ardingly ended up with a very impressive 22 students through to the nationals.

The dedication and motivation of the swim squad in the following months was superb; our coaches were even asked to lay on extra sessions to satisfy the swimmers commitment and desire to improve.

As the big day approached confidence was high – swim times were getting faster and a healthy rivalry was giving our swimmers a competitive edge.

The girls arrived bright and early Saturday morning in good spirits. After completing the warm up the girls kickstarted the day with some unbelievable performances. The Under 12 relay team swam first and their performance will last long in the memory. Each competitor swam a Personal Best and the team went from a seeding of 17th in the country to competing with the very best and finishing a remarkable 5th. The girls’ wiped 10 seconds off their fastest time to date and became the biggest improvers of the 20 teams competing.

The Year 8 girls swam next and they too impressed, seizing an incredible bronze medal in the medley relay. An inspirational final leg from Lisa Gross resulted in Ardingly squeezing in ahead of Culford House for third place.

Both the Under 12 and Under 13 teams went on to swim the freestyle relays and there was no sign of them slowing down. The Under 12s won the first heat and in the final finished 5th, a great improvement on their 14th seeded position. The Under 13s were hungry for another medal and performed remarkably, powering to another bronze medal, behind Millfield and Mount Kelly.

In the individual events, Iris McClelland qualified for the 25m fly final and stormed to 5th place. Anna Metcalfe improved on her PB and came an impressive 8th, whilst Mia Maurice-Jones, who was the 19th seed, had the swim of her life to qualify 8th into the final.

Could the boys emulate the girls’ success? The Under 12s medley relay came first and the boys also swam a Personal Best, improving on their 13th seeded position and finishing 10th. The Freestyle relays saw the Under 10s storming to 12th place with another Personal Best and the Under 12s too swam their fastest ever time, finishing in 9th position. Finally, the Under 13 boys also broke their fastest record, finishing in 12th place and with personal bests all round. Individually, Matthew Metcalfe qualified for the Under 12 50m backstroke final where he swam another PB, giving him a ranking of 7th in the country. What a day – we are incredibly proud of the achievements of the Prep School swimmers. 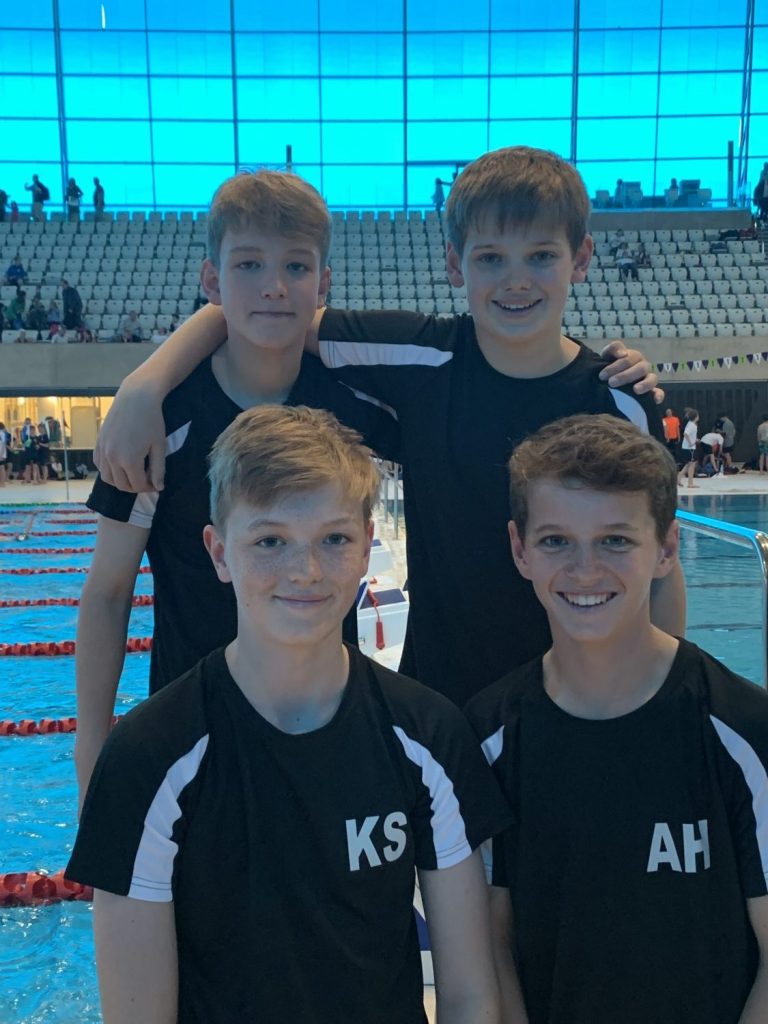