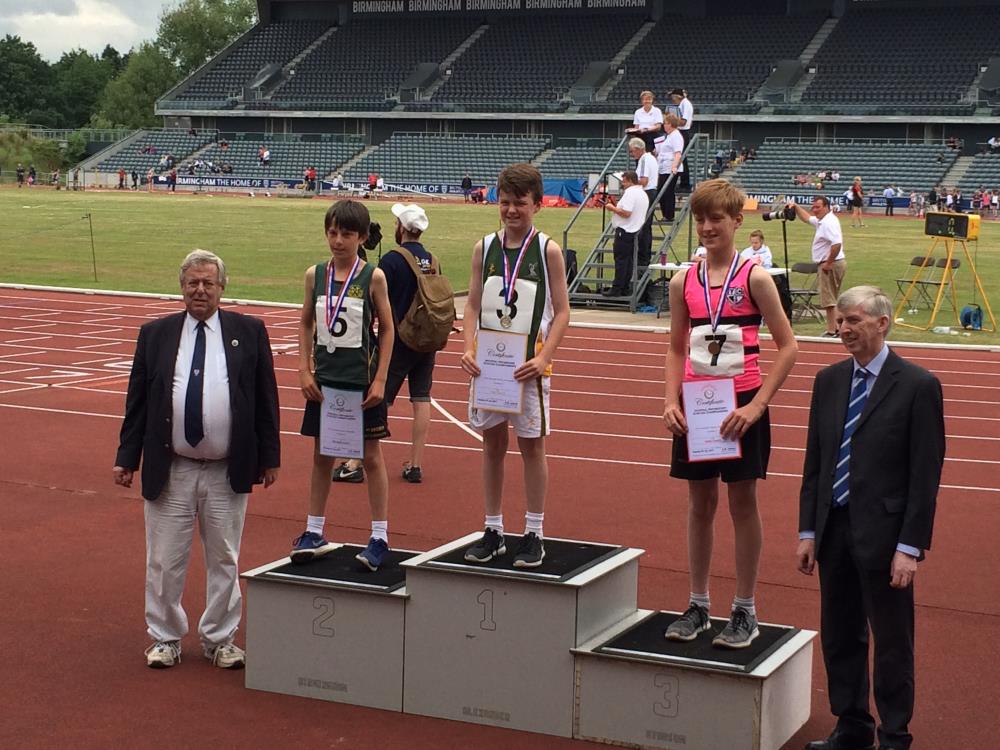 On Tuesday July 4th a total of 13 regions descended upon the Alexander Stadium in Birmingham to contest the finals of the IAPS Athletics championships. It was alleged that up to 1000 runners, jumpers and throwers would take part from schools as far afield as Newcastle and Taunton. This year Ardingly had a total of seven athletes who qualified to represent Sussex which represented a personal best for the college. This is prep school athletics at the very top level as was evident by some of the performances we witnessed on the day.

We began the day with the heats of the hurdles where Josh Clarke missed out on a place in the final by 0.03 of a second and Harry Griffiths ran a fine race after two false starts. Next up came Oliver Spinks in the 1500m. Oliver likes to run from the front but given a bad draw he simply could not do so today and finished in a time well below his best……not for want of effort though. We then had a race winner as Charlotte Back did dominate from the front and ran a PB time in the 1500m. Unfortunately the second heat of Charlotte’s race contained the faster qualifiers and she ended up in a very creditable 9th place. Meanwhile Josh Clarke was taking part in the javelin. With one throw remaining Josh occupied fifth spot but then his javelin flew on and on and on for over 32m and he had won it !!! A national champion. Then Harry showed great character in his High jump and finished in 4th place, just missing out on a medal which he deserved.

It was becoming a good day but sadly it did not end on a high as our relay team who had been so impressive with the changeovers in the regionals this time could not repeat that success and missed out on a final place which was there for the taking.

That is sport ….there are ups and downs , highs and lows but regardless of the outcome the staff who travelled to Birmingham came away immensely proud of our athletes. This could just be the start of something?