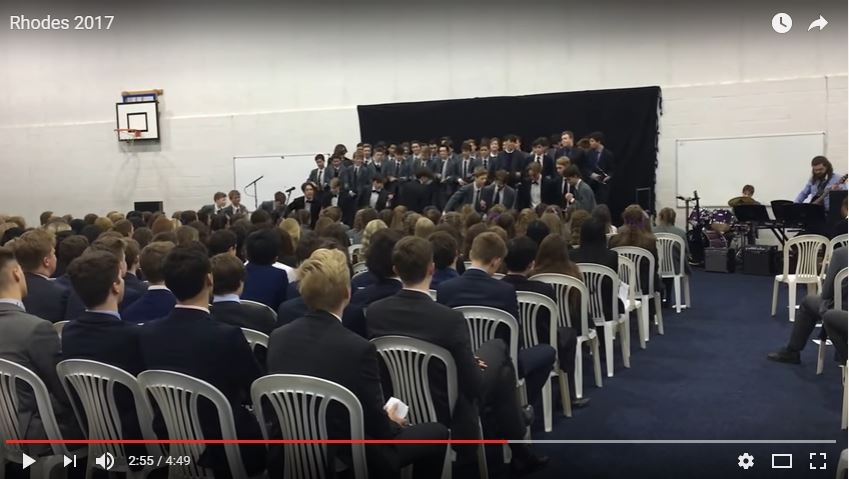 The half-term break was ushered in by the dazzling show of music and choreography that is House Song.

During the first half of the Lent Term, every pupil in every House had been planning, rehearsing and ultimately re-writing some of the best-loved songs and the resulting performances in the Flecker Hall had the school buzzing, cheering and enjoying this musical experience.

Adjudicated by Dr. Nicholas Grigsby, whose humorous yet precise commentary on the performances deserves mention, Rhodes House prevailed for the second time in as many years with their interpretation of Andy Williams’ ‘Can’t take my eyes of you’. Superbly led by the charismatic Luca Williams and featuring a choreographed descent from the stage during the performance, this performance certainly set the bar very high. Every single House delivered a performance full of passion and enthusiasm, underlining how much effort and commitment had gone into preparing for the event but as is the case with this competition, there can only be one winner and it was for Rhodes, securing a rare ‘House Song Double’, to take to the stage a second time to lead us into the half term break.