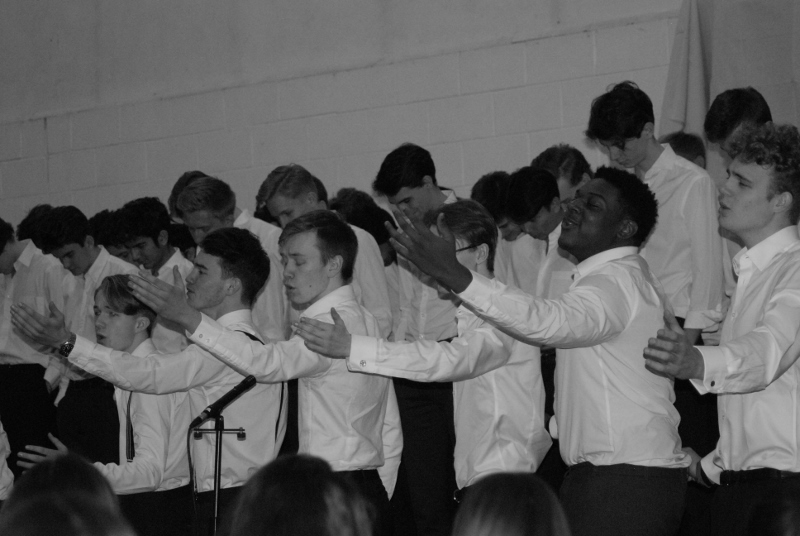 The wait was finally over! Following the draw in Chapel in early January, alongside the Headmaster’s assembly the previous day in which the song choices were announced, every pupil in the College assembled in Flecker Hall for this year’s hotly contested House Song competition.

We were delighted to welcome Mr Michael Oakley from Worth School to adjudicate this year’s competition and the event opened with Hilton’s powerful rendition of ‘500 Miles’. Next Woodard Girls took to the stage with a delicate, subtle and evocative interpretation of ‘Dog Days Are Over’ which included Ukuleles and Harp as part of their ensemble. Mertens, flamboyantly led by Alessandro Nanni, performed Neil Diamond’s classic hit, ‘Sweet Caroline’, before Matthew Sayers was the focal point of a Crosse performance ‘Am I Wrong?’. Toynbee’s enthusiasm and verve was hugely evident with their performance of ‘You’re The One That I want’ from Grease whilst the dulcet tones of last year’s winners, Rhodes was clear to see in Rick Astley’s ‘Never Gonna Give You Up’. Further classics ‘I Will Survive’ and Elton John’s ‘I Guess That’s Why They Call It The Blues’ were performed by Aberdeen and Woodard boys respectively with Neal putting forward a very rhythmic, brave and indeed, musical performance of ‘Another Day Of Sun’ from La La Land. As with all competition, only one house could take home the plaudits and this year that accolade was most hotly contested between the two Woodard Houses. Aberdeen’s controlled performance was noted and this earned them 3rd place whilst Woodard boys’ overall performance gave them the title and the opportunity to encore their song – something that will last in the memory as they handed out roses to complement the sentiment of the song. A fantastic day in the school calendar. 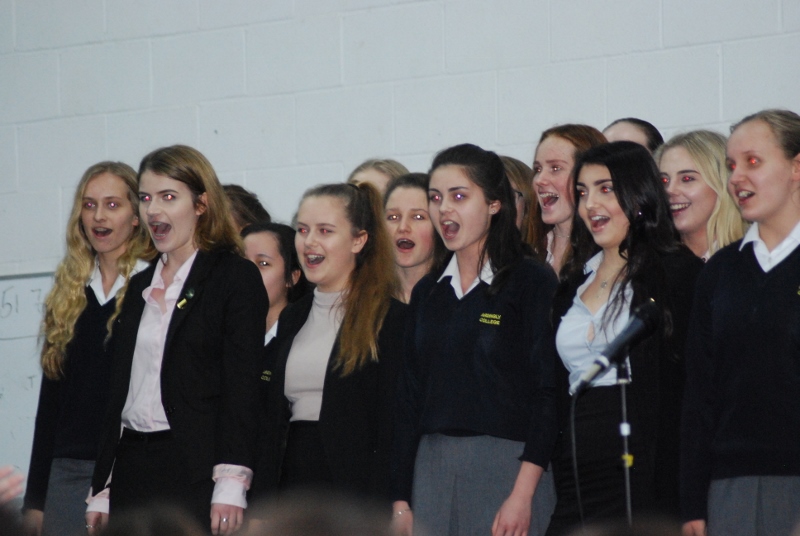 ​My View of House Song by Luca Williams:

“In Year Ten, I saw a tweet by James Percy (a House Song legend) and it etched itself into my memory: ‘House Song, after Steepo, my favourite day of the year’. After these past two years, and the event’s reinvigoration under the caring capable hands of the music triad – Mr Thompson, Mr Johnson and Mr Stafford – I think a reformulation of this tweet is due: ‘House Song, the best House event of the year’. During House Song, the Flecker Hall is raised from sports hall to jubilant auditorium: filled with an eclectic mix of Ardinians side-by-side waiting in anticipation for either the next performance or the outcome. Unlike Steepo or House Football, this is an event where everyone in House can join in, with more or less the same ability. The universal appeal of music-making offers a friendly hand to anyone willing enough to jump in. The result? Pupils proud – not only of their performances – but of themselves as Ardingly students. This year I had the opportunity to conduct my House, Woodard Boys, and – whilst the victory was sweet – the happiest moment for me was just after our first performance. As a House we had rehearsed hard, so the satisfaction everyone felt after we performed well lead to the happiest and most unified sense of togetherness I think the House has ever felt (and this was before we knew we were winners…!).  I’m certain all the other Houses felt the same way too.   As I leave Ardingly College this year, there are a few events that will stick in my mind: much like James Percy, one of my most enduring memories will be House Song.