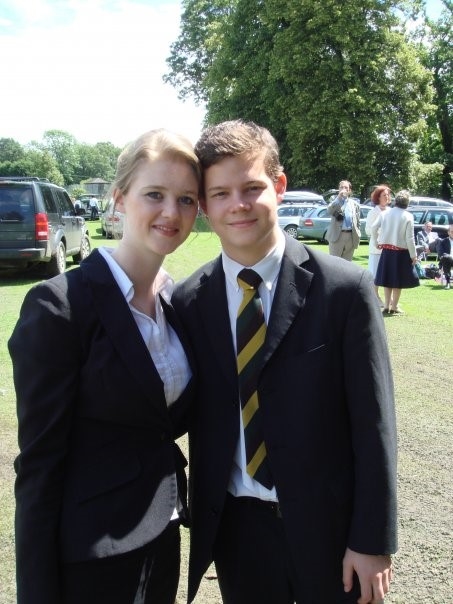 Harry Partridge, now 26 and a solicitor in Tunbridge Wells, and Hannah Barry, a 27-year-old dentist at Queen Victoria Hospital in East Grinstead, were in Ardingly’s Sixth Form together. He was studying for A Levels and she the International Baccalaureate Diploma. In their final year Hannah was appointed Head Girl and Harry became Head Boy.

The couple have dated ever since and two years ago Harry popped the question.  “I was always being accused of being unromantic so thought I’d better raise my game,” he said.  “We visited the USA and I proposed to Hannah at The Grand Canyon at sunrise in September 2014. It was a special moment when she said ‘yes.’”

Hannah said: “It was an easy decision to have our big day in the place where it all began.”

She added: “There is also a traditional Ardingly College tale that if a Head Boy and Head Girl marry they are entitled to a free house…but sadly it seems to be a myth! The Bursar has told us that it can’t be found anywhere in the school rules!”

Hannah’s younger brother, James, and sister Georgina, who is Maid of Honour, are also former pupils, known as Old Ardinians (OAs). The family live in Cuckfield and Hannah was at Warden Park before moving to Ardingly.  Harry’s family are from Rotherfield in East Sussex.  He boarded at Ardingly from Year 7.

Harry said: “We owe so much to Ardingly College. It holds an extra special place in our hearts and with its Chapel, memorable buildings and beautiful grounds this was the only place we could have chosen to make our marriage vows and celebrate with our family and friends.”