Gold Medal in the UK School Games for Ciara 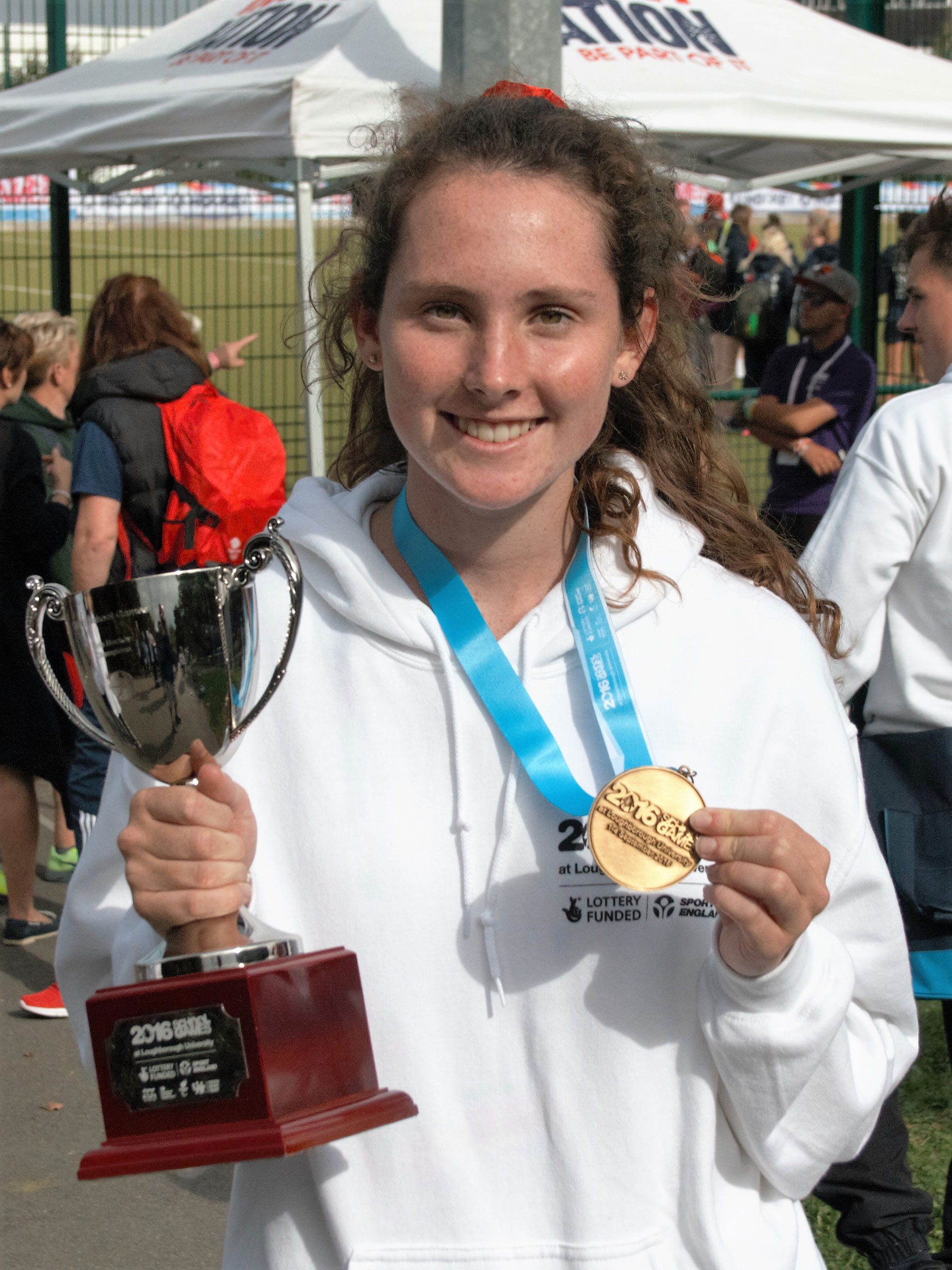 Ciara Branagan has followed in the footsteps of the GB Ladies Hockey Team at the Olympics by winning a gold medal in the UK Schools Games, on September 1st-4th.

The Upper Sixth pupil and 1st XI forward plays for East Grinstead Hockey Club. She was representing one of three England Under-17 hockey teams and her team, England Red, were victorious, Ciara also scoring a great goal in one of the earlier matches.

The Schools Games, held at Loughborough University, are an intense four-day multi-sport competition, modelled on the Olympic Games, with sports including athletics, swimming, cycling and gymnastics for the very best athletes in the United Kingdom.
Ciara’s triumph was the culmination of a nine-month programme of training and trials.