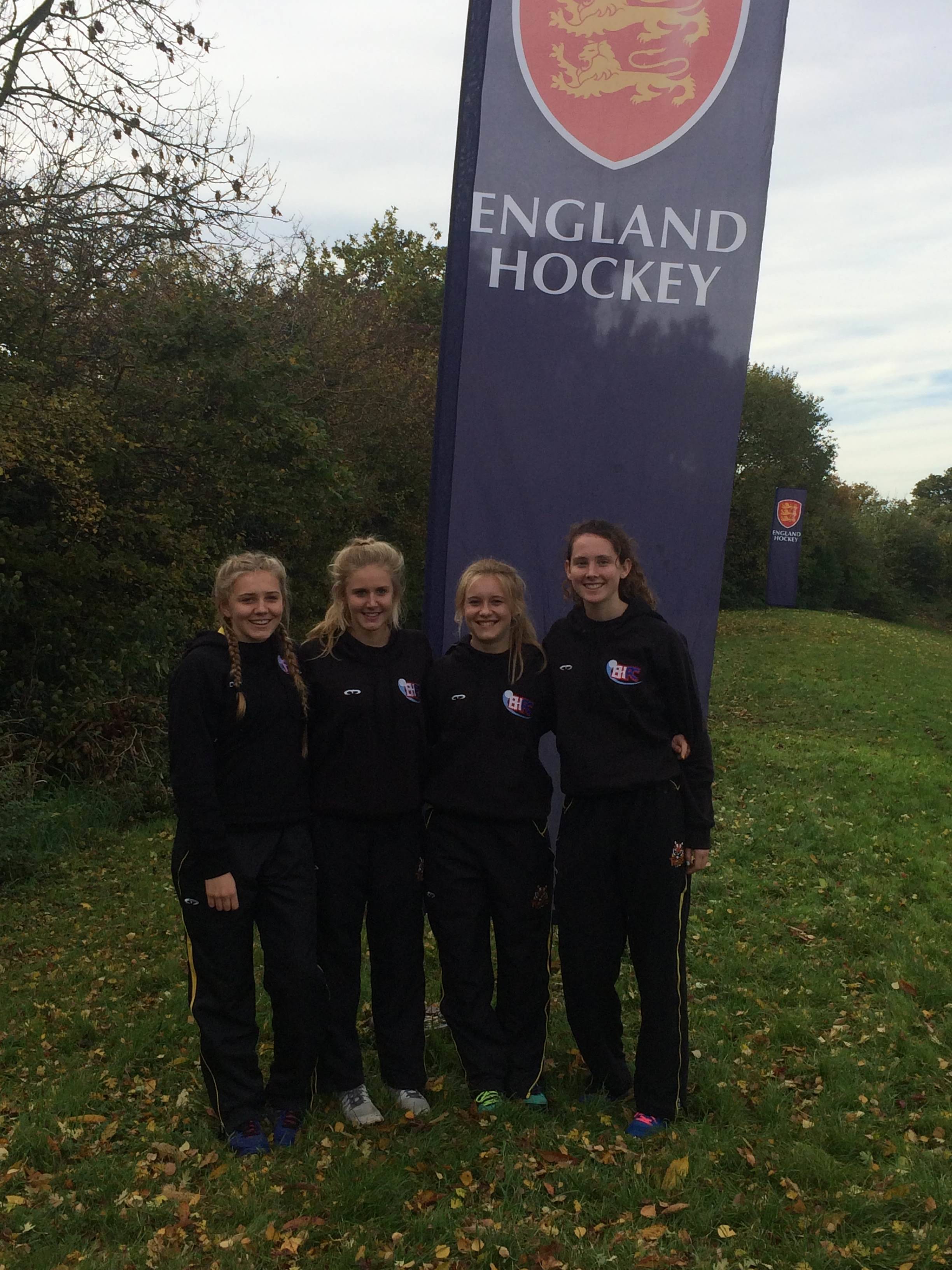 Congratulations to Isabelle Childs and Alexandra Malzer (Fifth Form) who were part of the victorious 'Saxon Tigers' squad who won the England Hockey Under 16 Futures Cup over half term. Alex and Issie won all three of their matches against the other regional teams. In the Under 18 competition Charlotte Childs (UVI) and Ciara Branagan (LVI) were part of the Saxon Tigers squad who finished runners up. The girls relished the chance to test themselves against the  best players in the country in front of the watching England selectors.

At the end of the tournament Alexandra and Charlotte both received the exciting news that they have been invited to an England trial on the weekend of 14th and 15th November.