From Ardingly to Austria: Choir Tour to Vienna 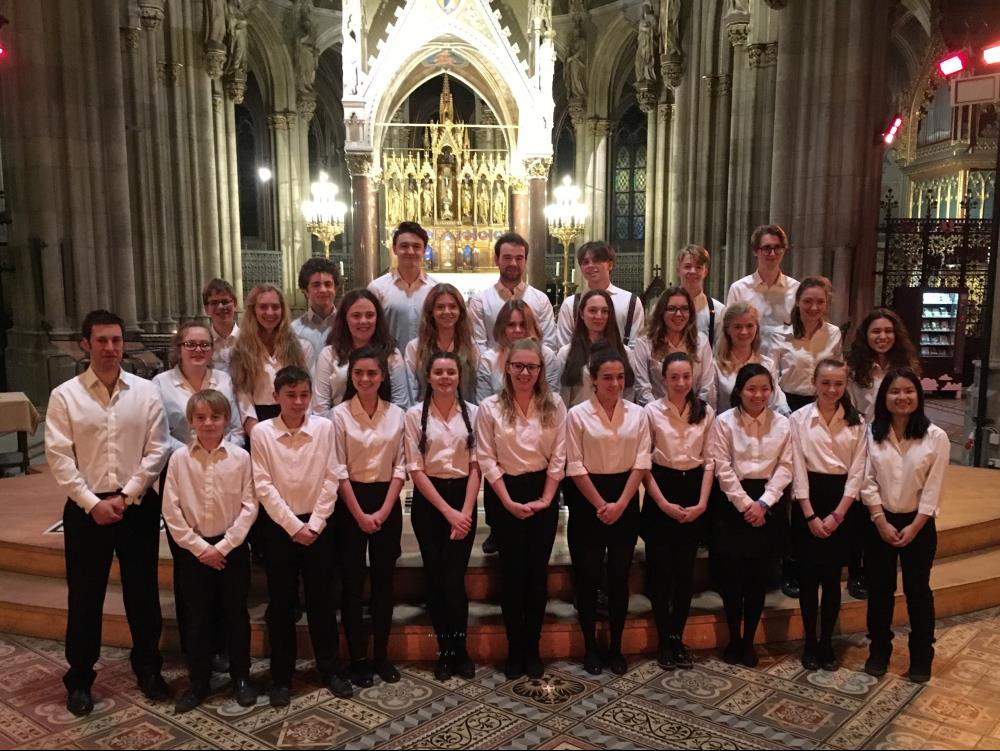 During the half term tour the choir also sang Mass at the English Church alongside their concerts in two of the premier performance spaces in the Imperial City. They performed a programme of English Music at the Peterskirche whilst an a capella programme followed on Tuesday, 21st February at the Votivkirche.

The choir were treated to Austrian culinary traditions throughout whilst other highlights included attendance at the world famous Hofkapelle to hear the Vienna Boys Choir sing, visits to museums and an opera house  and excursions to the Schoenbrunn and Belvedere Palaces. This was a thoroughly enjoyable trip to one of the world’s most musical cities and the countdown has begun for next year’s tour: Prague 2018!