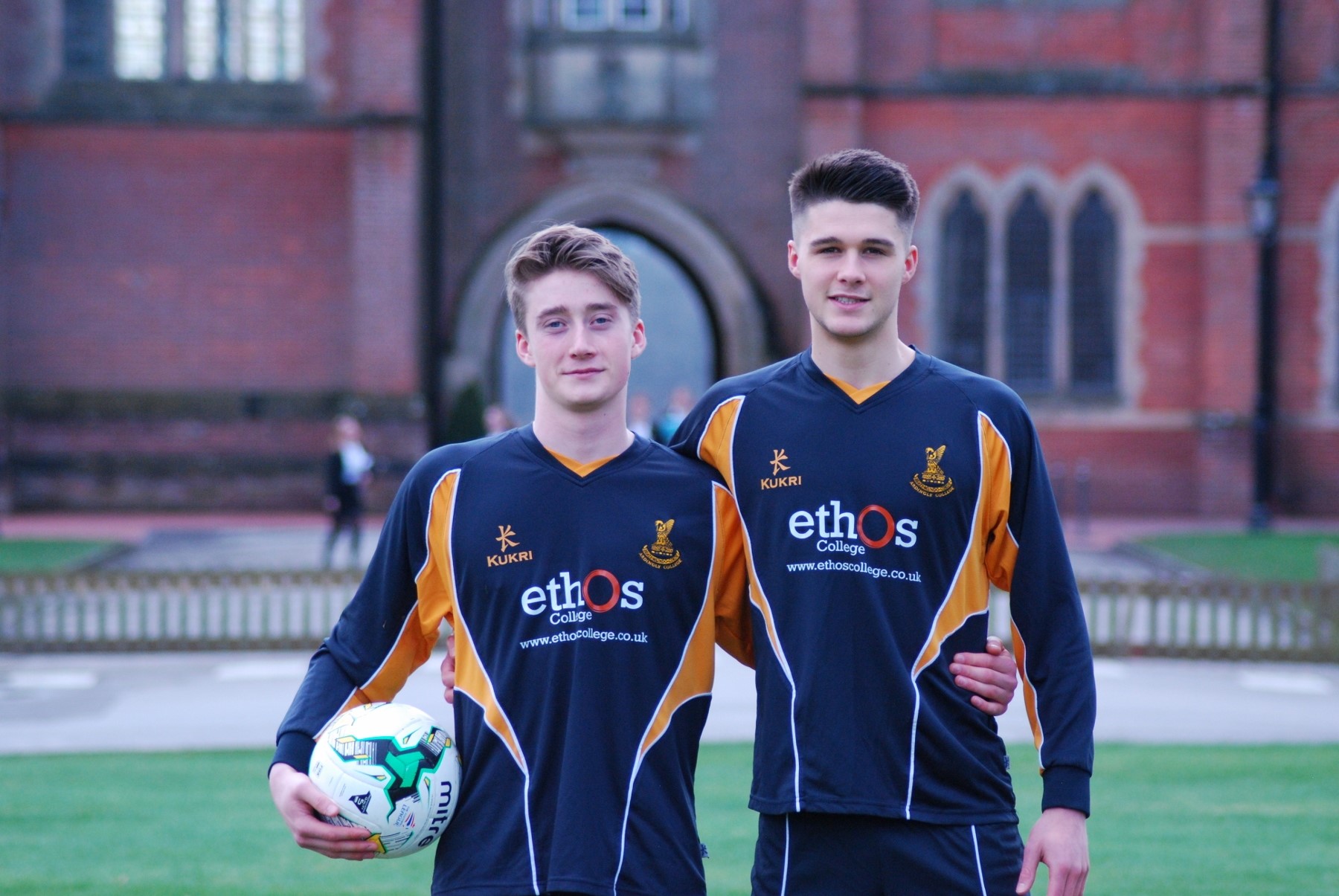 Upper Sixth Form students Oscar McConnell and Oscar Haynes-Brown have been selected for the England U18 Independent Schools Football Association (ISFA), while Calvin Kissi and Josh Magrath, in the year below, have been chosen to play for the U17s.

The two Oscars are in demand not only in England but also in the USA. Oscar McConnell has been accepted on a soccer scholarship at American University Washington, while Oscar Haynes-Brown has been offered a scholarship by George Washington University.

Oscar H-B has also played for the First Team for Bognor Regis Town Football Club, known as The Rocks, coming sharply into fans' focus when, on his debut game with them last winter, he scored the winning goal.