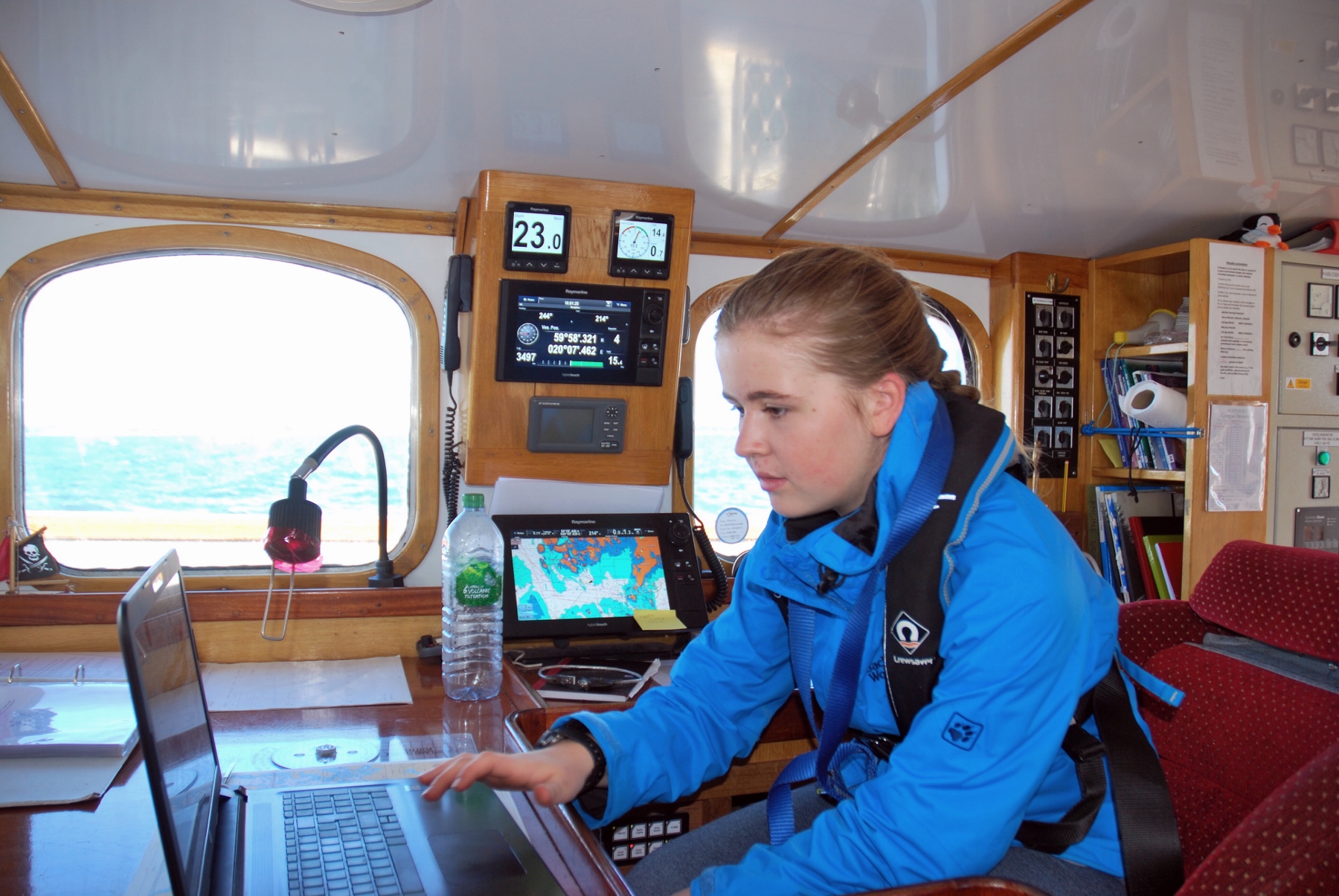 Exercise Baltic Pelican was the Summer Sailing Expedition for Ardingly College Combined Cadet Force (CCF) undertaken between the 16th and 22nd of July 2017.

The Expedition sailed across the Baltic (hence the expedition name) from Stockholm in Sweden to Turku in Finland. There are no Pelicans in the Baltic but it is the emblem of the school (Beati Mundo Corde). Interesting point of trivia: the figurehead on premier circumnavigator Sir Frances Drake’s Golden Hinde was a Pelican!

Exercise Baltic Pelican was lead by Tim Sayers, Physics teacher, CCF Commander and Head of Outdoor Education for Ardingly College. The expedition participants were pupils of the College ranging in age from 15 to 17, 4 girls and 8 boys. 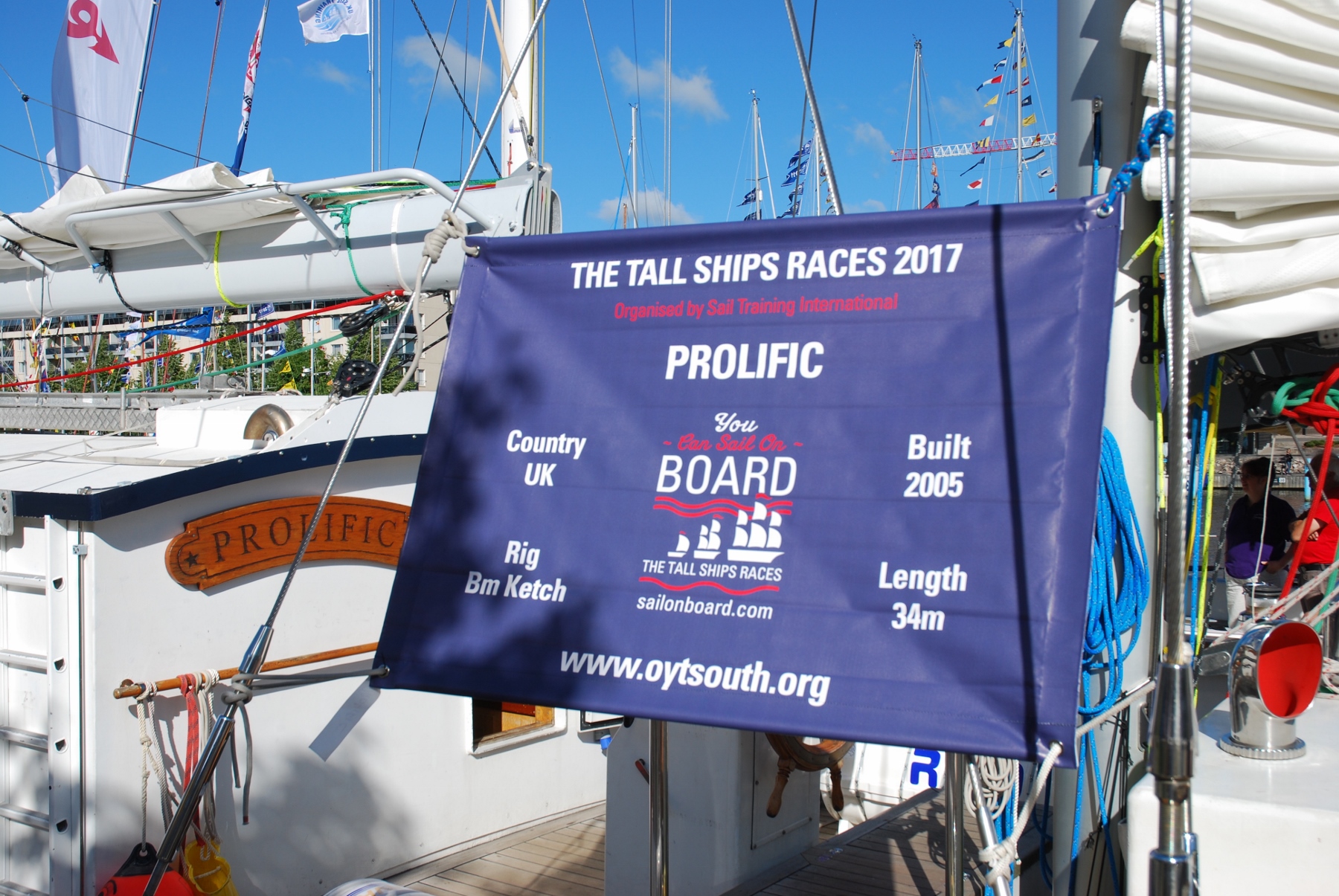 The yacht Prolific was provided and staffed by the Ocean Youth Trust South (OYT) based in Gosport, Hampshire. Tim Sayers is an existing volunteer watch leader with the OYT, which reduced the costs of the expedition. Only the Skipper and the Bosun are paid roles, all other sea staff are volunteers. On board there were 12 children (Crew) and 8 adults (Staff).

The OYT are a registered charity that provides sail training opportunities for young people from all backgrounds and had been in existence in various forms since the 1960’s.

The Prolific is new in service to the OYT this year having been bought from Norway. It is a Bermudan rigged ketch, 30m long including the bowsprit and draws 3.2m.

The aim of the Expedition was to voyage to the Tall Ships festival in Turku, Finland. During the voyage the crew would gain further valuable experience and log sea miles, which is crucial to offshore sailing. Like everything in life it is experience that is needed more than exam qualifications. 10 of the crew had already gained RYA Competent Crew certificates on a previous voyage but the other 2 were complete novices. By the end of the trip all the crew had logged a further 200 nautical miles and the 2 novices were awarded RYA start yachting certificates. 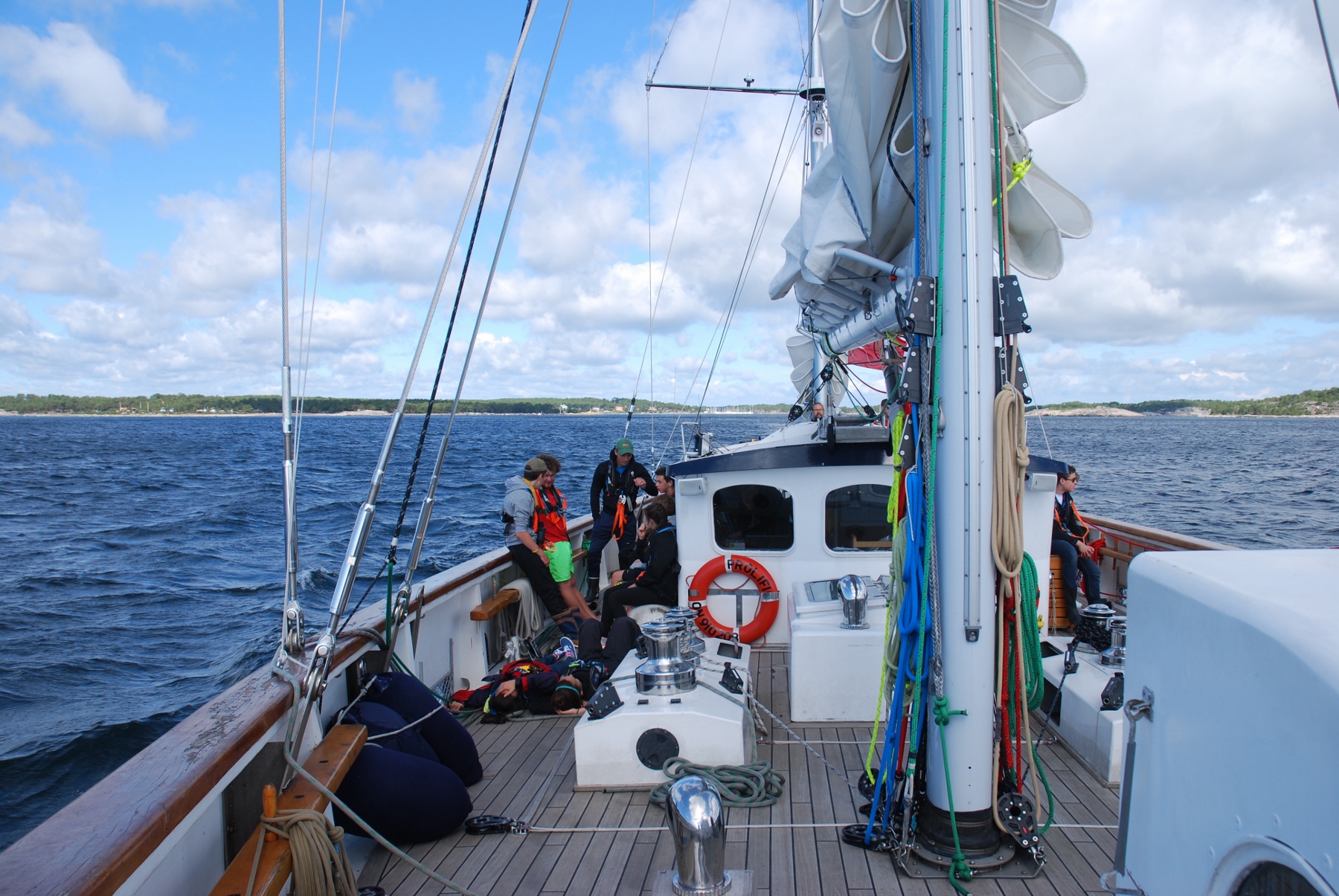 This region if the Baltic is paradise. Thousands and thousands of islands, clean waters and open skies. The climate was warmer and drier than an English summer and the days were 20 hours long. The sun crept sideways toward sunset in the late evening and tipped over the horizon at 320 degrees. From then on it skirted below the horizon in perpetual twilight.

The crew were not close friends at school but very quickly came together as a bonded unit. Within hours of stepping aboard they had been assigned watches and placed in cooking and cleaning rotas. The skipper and mates involved the whole crew in planning and navigation and when on deck each watch had to helm, plot, lookout, trim sails and change sails.

Below deck there were equally new experiences such as ‘cleaning the heads’ and cooking for 20 – valuable life skills if ever there were some. The fire alarm in the galley was very sensitive so our fire drills and ‘prepare to abandon ship’ drills were super slick after just a couple of days.

We navigated out of the Stockholm Archipelago and then crossed the open water to the Finnish Åland islands. From there we journeyed from Åland across and into the Finnish Archipelago on the South West coast of Finland. The final stretch of the voyage saw us join in the procession of tall ships and yachts up the Aura river in Turku. We were alongside by Thursday evening.

We had spent every night at anchor nestled in the shelter of little clusters of islands. The crew didn’t touch dry land for 50 hours so were glad to get some shore leave in Nagu. We swam in the sea, which was not that cold, though the crew did seek out one of the abundant saunas to warm up in. 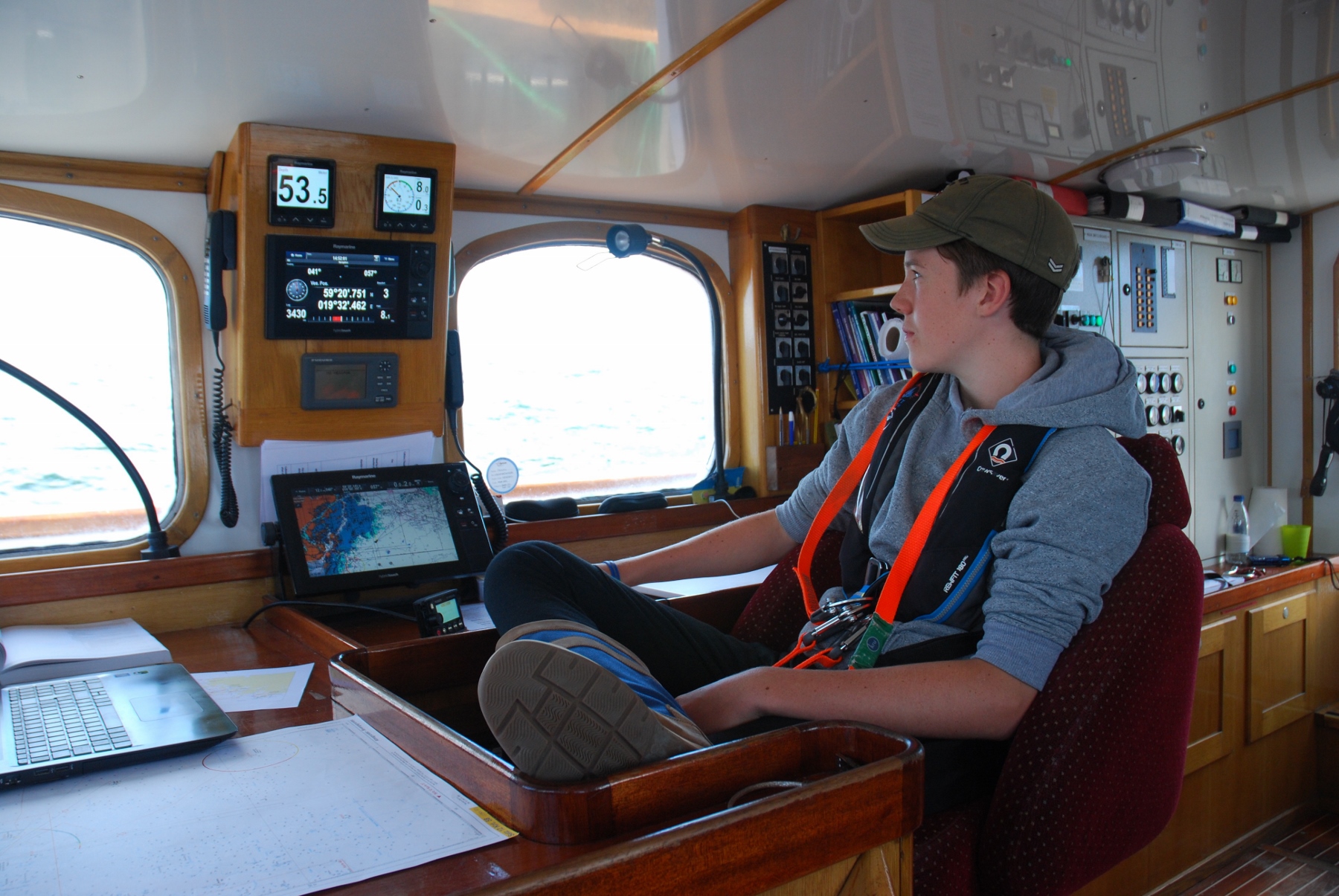 The navigation was more like perpetual pilotage. The charts were peppered with rocks. Too many to be marked by buoys and some only marked by sticks. Knowing our exact position at all times was vital. I did read before the trip that “if you cruise for long enough in the Baltic you are bound to run aground at some point”. Fortunately we did not thanks to an expert skipper, Andy Viney, and a dedicated crew.

The final 36 hours of the trip truly demonstrated how the crew had come together as a team. They went ashore in Turku to compete in the crew competitions in the Paavo Nurmi stadium. They entered every competition with great enthusiasm and humour. They made friends with the crew of the Russian Naval Cadet sailing ship Sedov and challenged them to various races which concluded with a mixed crew fireman’s carry race with one Sedov and one Prolific crew member carrying each other. Perhaps East-West relations should be left to happy teenagers. 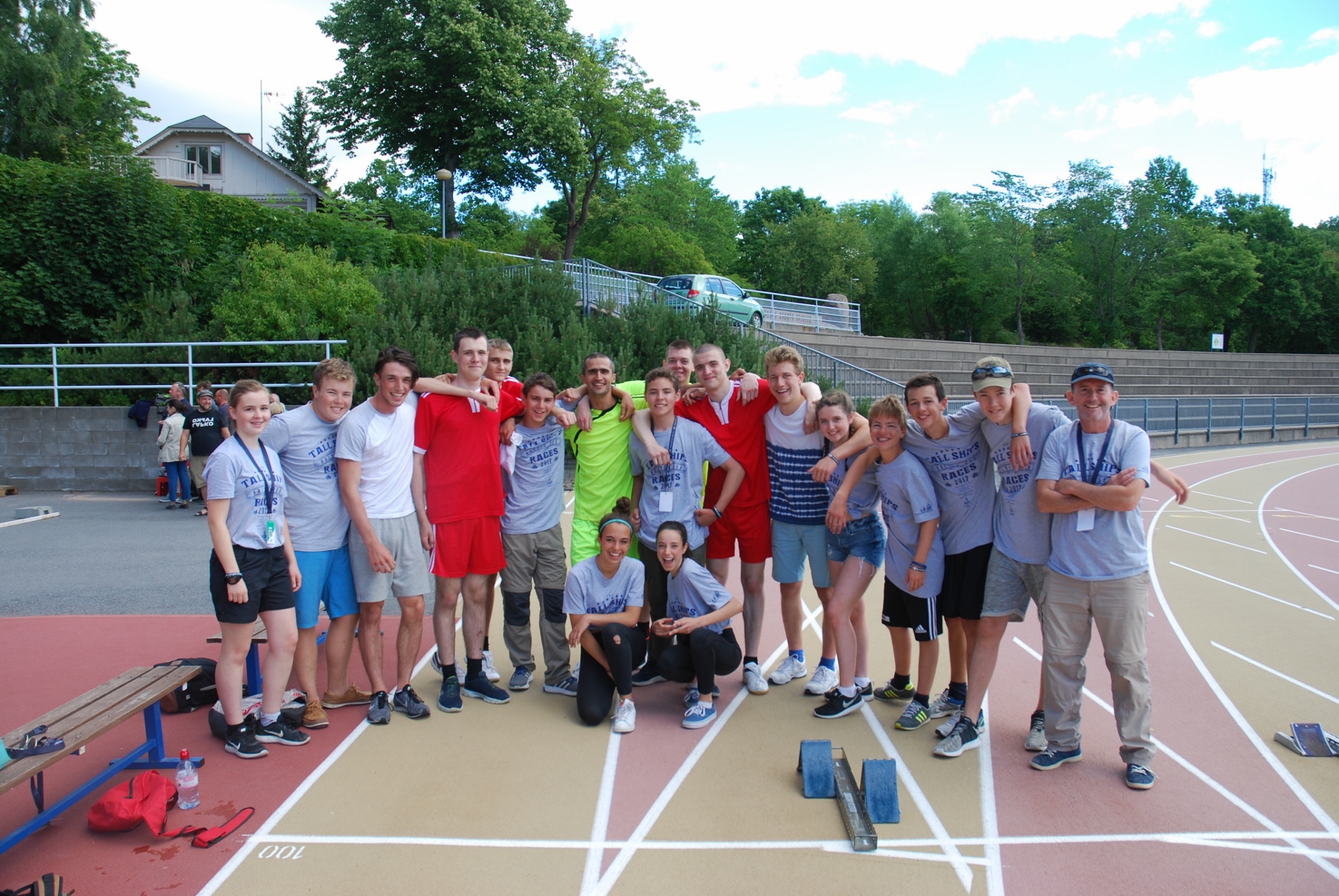 Thanks to the The Ulysses Trust. who provide financial support for adventure training for reserve and cadet forces.