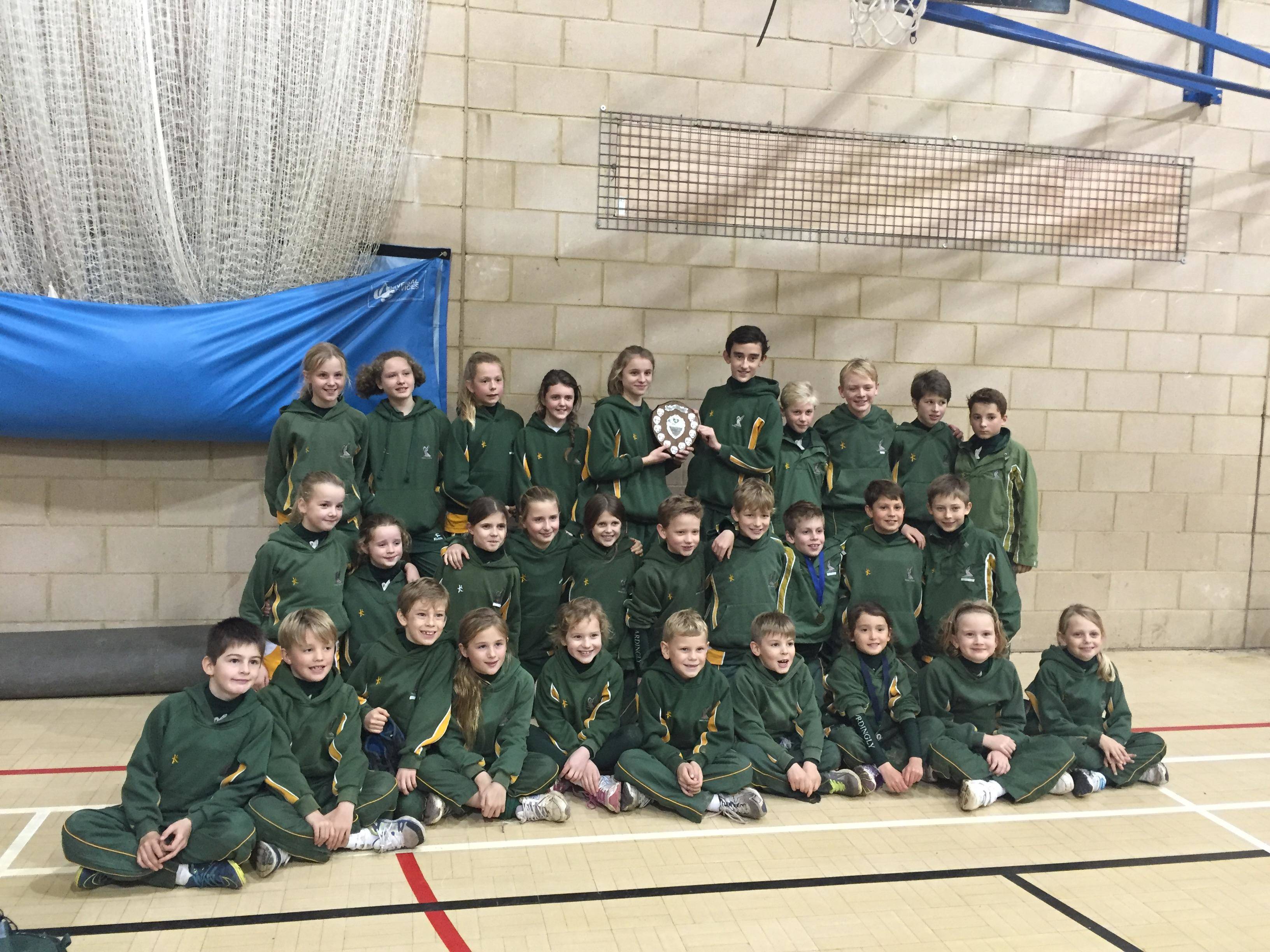 On Monday 16 November, 30 determined children went to Handcross Park School to compete in the annual Inter-Schools Cross Country Relays. Seven schools participated this year. This competition has been running for over 20 years now and the Ardingly name does not appear on the trophy…..well it does now!
During the course walk through the Ardingly team distanced itself from the other competitors as the advice being given was not for their ears! We discussed tactics, how to run certain parts of the course and when to change gears. It was well worth it as every single runner followed the plan perfectly. We emphasised this was a team affair and we were all in it together as the final result is calculated by adding up the scores of all six teams and finding the average, therefore all six age groups have a big part to play.
In total there were 18 medals up for grabs (the first 3 in each race) and we only won 2 (Connie Penlington 2nd and Oliver Spinks 1st) but we packed in the low positions (4th / 6th / 7th etc.) and when the results were read out we had beaten our nemesis, Windlesham comfortably. Our hosts, Handcross were much closer, we only beat them y an average of 0.2 …….so close, and testimony to the fact that every position gained when the going got tough had reaped its rewards.
All that planning, all those words of wisdom, all that encouragement had been well worth it and the children now understood why we had asked this of them as Aimee and Rory collected the trophy in front of a packed sports hall.
​Every single one of the 30 runners played their part and Miss Needham and myself were very proud of them as were the

many parents who had turned up to support the team.