Commonwealth Day is celebrated in the Prep and Pre-Prep 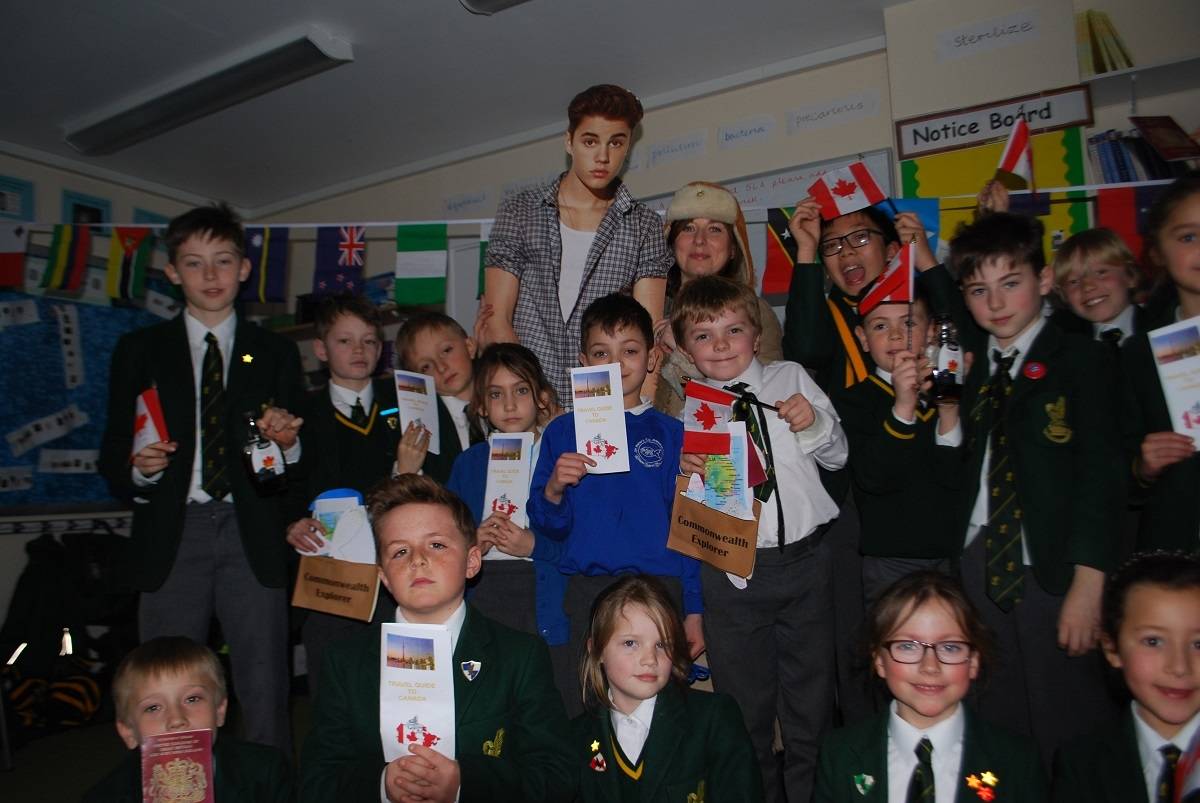 The Prep and Pre-Prep celebrated Commonwealth Day on Thursday March 14 by learning about Commonwealth countries. They ‘furnished’ their classrooms to represent a Commonwealth country and undertook hands on activities to understand the culture. Then they attended the first ‘Fly the Flag’ event in the Village.

The Year 2s, 3s, 4s, 5s and 6s ‘furnished’ their classrooms in ways appropriate to each country.  For example, a beach to represent Jamaica and, controversially perhaps, a life-size cut-out of Justin Bieber to symbolise Canada. The children watched videos about the countries, sampled native food and undertook craft projects to deepen their understanding of each culture.

Ardingly Parish Council marked Commonwealth Day by holding a Fly the Flag event. On March 14 at 10am, a flag was raised at the British Legion building. This was followed by celebrations that involve Ardingly Prep as well as St Peters Primary School in the village.

This was the first time the Council has arranged such an event, which it hopes will become an annual community-wide venture.