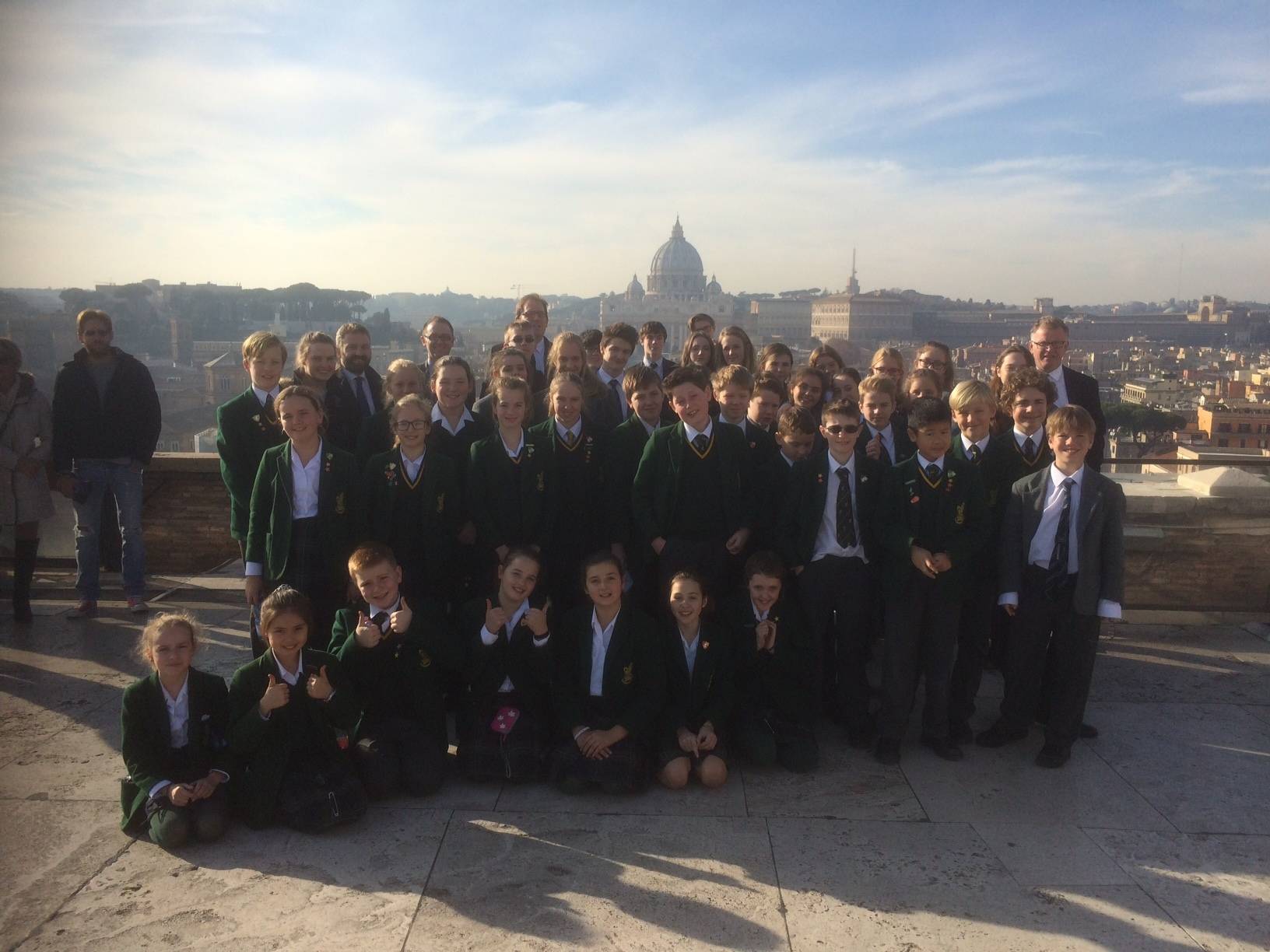 Fifty members of the College, from Year Six to the Upper Sixth, set off to Rome on the Choir trip which offered the amazing opportunity to sing mass in the Basilica of Santa Maria Maggiore and for Cardinal Comastri one of the most senior bishops.

In addition to the two choral events, they had the opportunity to see many of the city's best-known attractions, including the Sistine Chapel and Vatican Museums, the Colosseum and Forum, the Trevi Fountain, Piazza Navona, and the Spanish Steps, as well as being outside St Peter's Basilica for the Pope's weekly appearance for the Angelus – all these were made better by the beautiful weather.

The main reason for going though, of course, was to sing Mass at two of the world's best known and well-loved churches. On the Saturday night, they were privileged to sing the vigil mass for Gaudete Sunday in the Basilica of Santa Maria Maggiore – the usual congregation was significantly boosted by the large party of family members and the Physics trip who had come to be there with them. And then on the Sunday evening, the choir sang Mass once again, for Cardinal Comastri, one of the most senior bishops in the Catholic Church. It was a tremendous privilege for the choir to sing in both of these churches, and a wonderful way for Mr Costin to bring to a close his years as Director of Music.