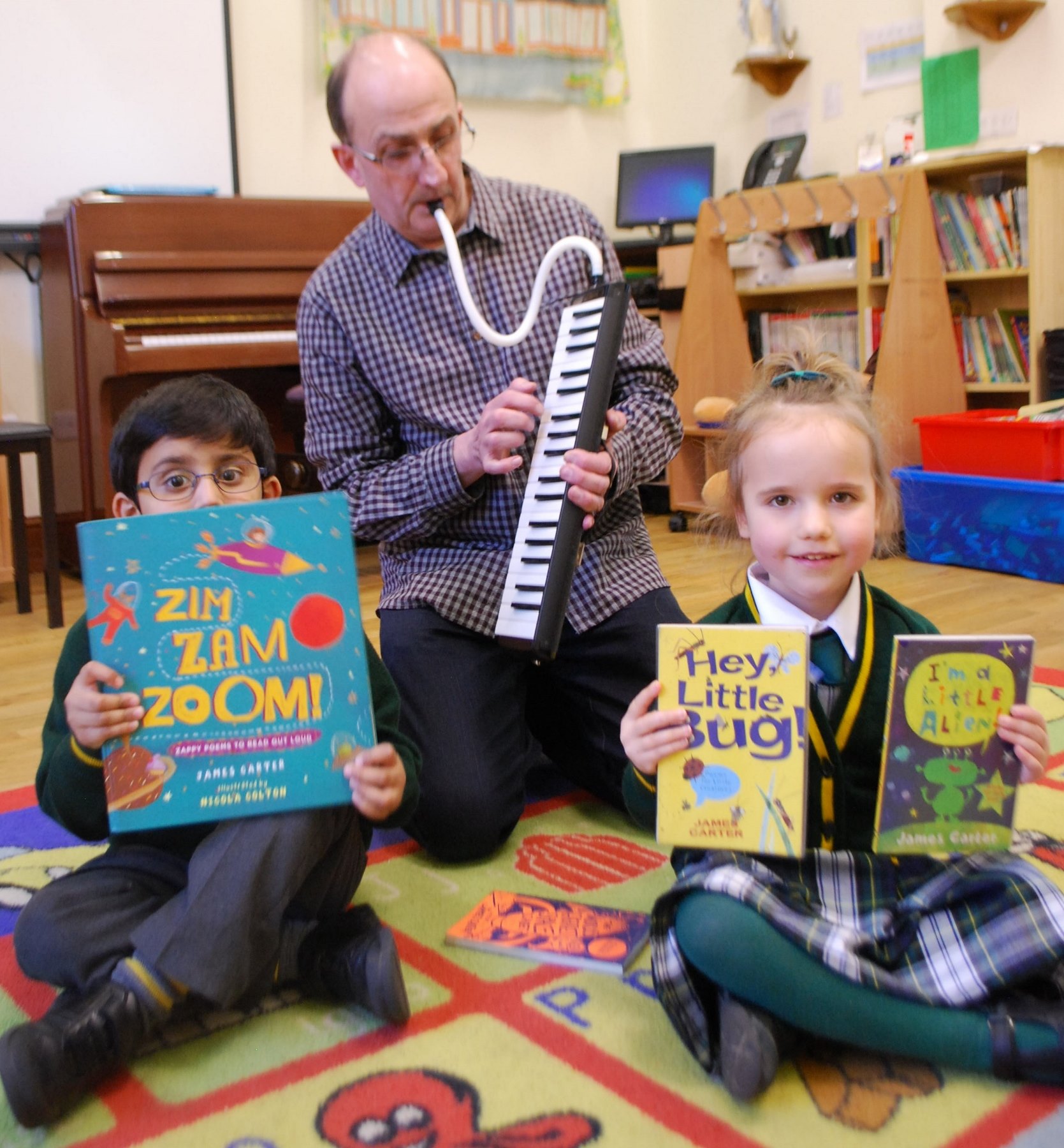 James Carter, one of Britain’s best-loved children’s poets, has just begun his second year as Poet in Residence at Ardingly College.

James was at the school on Tuesday 17th January to celebrate the launch of his latest collection The World’s Greatest Space Cadet which includes the poem What is it? with a dedication ‘for Ardingly College and their über-librarian Denise Reed.’

James Carter entertained the Prep School children with poetry ranging from the zany and silly to the serious and thought-provoking, accompanied by his melodica (known as Steve!) and some fabulous guitar playing. James said, “I write for the bored 10-year-old in me so I write words that children will read, that will enthral and excite them.”  And there was full engagement from the audience – joining in with Electric Guitars and How to Turn YOUR Teacher Purple, identifying the original fairy tales from haikus and asking lots of questions about poetry.

Eight-year-old Matilda Dougall in Year 4 said: “I loved it when Mr Carter played his guitar with his poems and I like his books.”

As part of his residency James Carter has done several workshops with pupils – and also with parents. A particular success was a family evening with students from the Prep School  and their families all writing for fun. With Year 3 pupils he spent a day in the Forest School where children produced animal haikus, prompting James to say that it was really unusual, “to see such brilliant writing at this age.”  He added, “At Ardingly the children are so responsive; there is a very receptive atmosphere and the teachers are so positive and up for it that we all have fun.”

Mrs Reed, who in 2010 was included in the School Library Association’s School Librarian of the Year Honours List for her ‘outstanding contribution to school librarianship’, said: “It is wonderful to have James Carter with us each term. We all explore the creativity of words in his workshops and readings and the children are really inspired.”