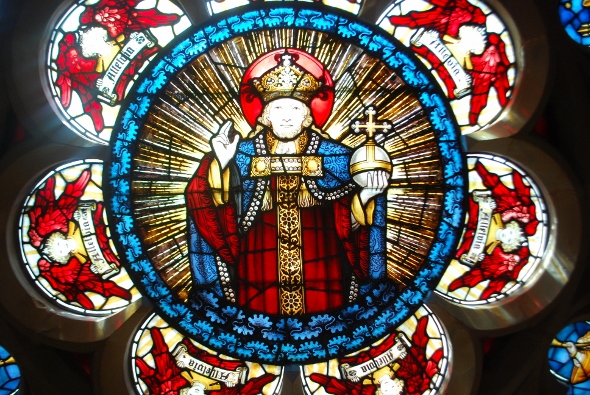 A refurbishment of the Chapel and East Window has now been completed, it has taken 9 months (1966 hours spent resporing the glass) . The restored Charles Eamer Kempe stained glass and associated stonework can now be seen as they would have appeared in 1912 – 1452 linear metres of lead has been replaced, 340 Kg and 448 copper tie wires used.