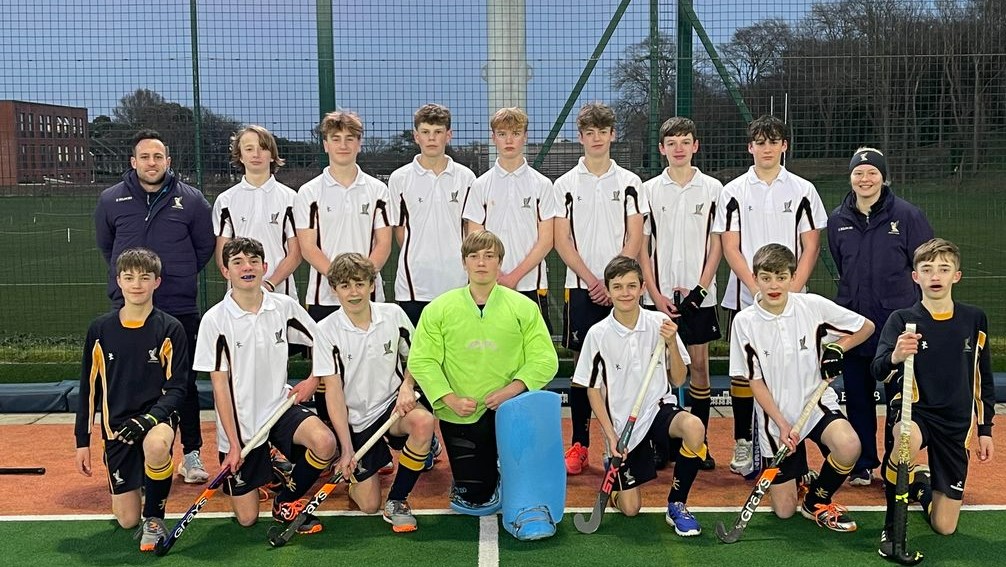 The U14A Boys Hockey team travelled to Eastbourne for the “County Finals Night”, where the top four teams from the group competitions met to decide who would be crowned county champions.

In the semi-final the boys started quickly against Bedes, scoring within 30 seconds, and taking control of the fixture. Eventually finishing 6-0, Josiah W scoring 5 (FIVE!) and Patrick H with the other.

In the Final the boys had a potentially tricky fixture against a very solid Seaford team. Another bright start led to an early goal and sustained pressure and quality ball handling meant the team could score another two goals before half time and one in the second half to claim a 4-0 victory. Goals in the final came from Charlie C and another three for Josiah W who now has 17 goals in only 9 appearances.

They join our U14 girls in being named County Champions.   The boys will travel to St. Georges, Weybridge for the Regional round of the England Hockey Championships as a result of this impressive success.