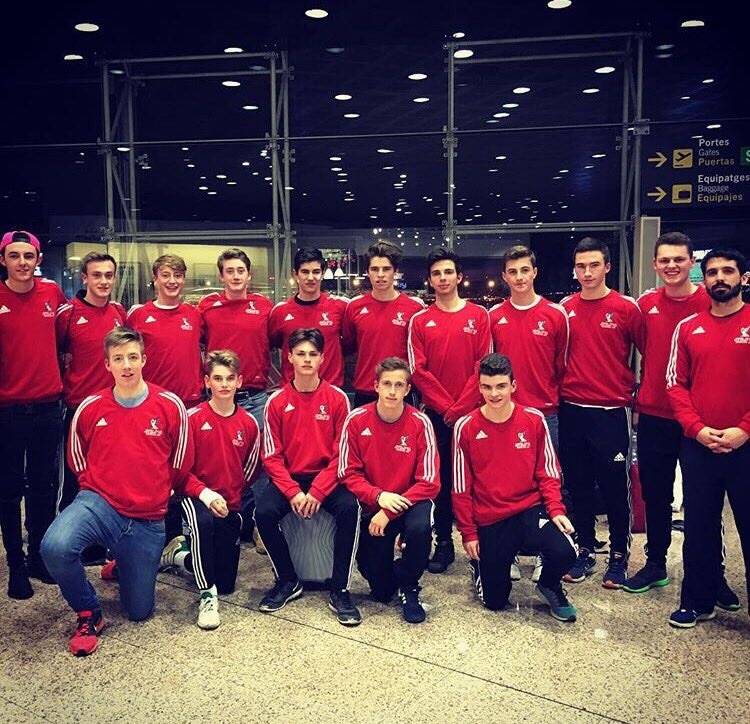 For the second consecutive year, the First XI boys hockey squad flew to Barcelona in the early hours of the morning on the 2nd January for a packed 3 day pre season tour. Escaping the cold, rainy weather in England the team had an intensive schedule of training sessions and matches to prepare them physically, technically and tactically for the season ahead.

Day one included a training session at Royal Polo Club Barcelona, one of the top hockey sides in Europe, followed by a trip to watch Messi, Suarez, Neymar et al take on Espanyol in a La Liga game.  After a busy day we headed back to Polo Club to play a match against Willhelm College, a touring Dutch side. Despite going down 4-1 the boys played well, and learned a lot from the skillful opponents who would be a match for any of the top school sides in the country.

The following day saw the second and final match of tour against Castelldefels, whose club is on the outskirts of the city. The team really stepped up the intensity and it was clear to see improvements already. Alex Shaw scored 5 and the college ran out 8-2 winners.  With a late training session that evening and one the following morning, the Ardingly boys worked hard to improve on the tactical elements of play that had arisen from the matches. The captain Tim Finnerty said “there have been some great performances from the boys and it has been a quality tour. Now I am just looking forward to the season ahead”.