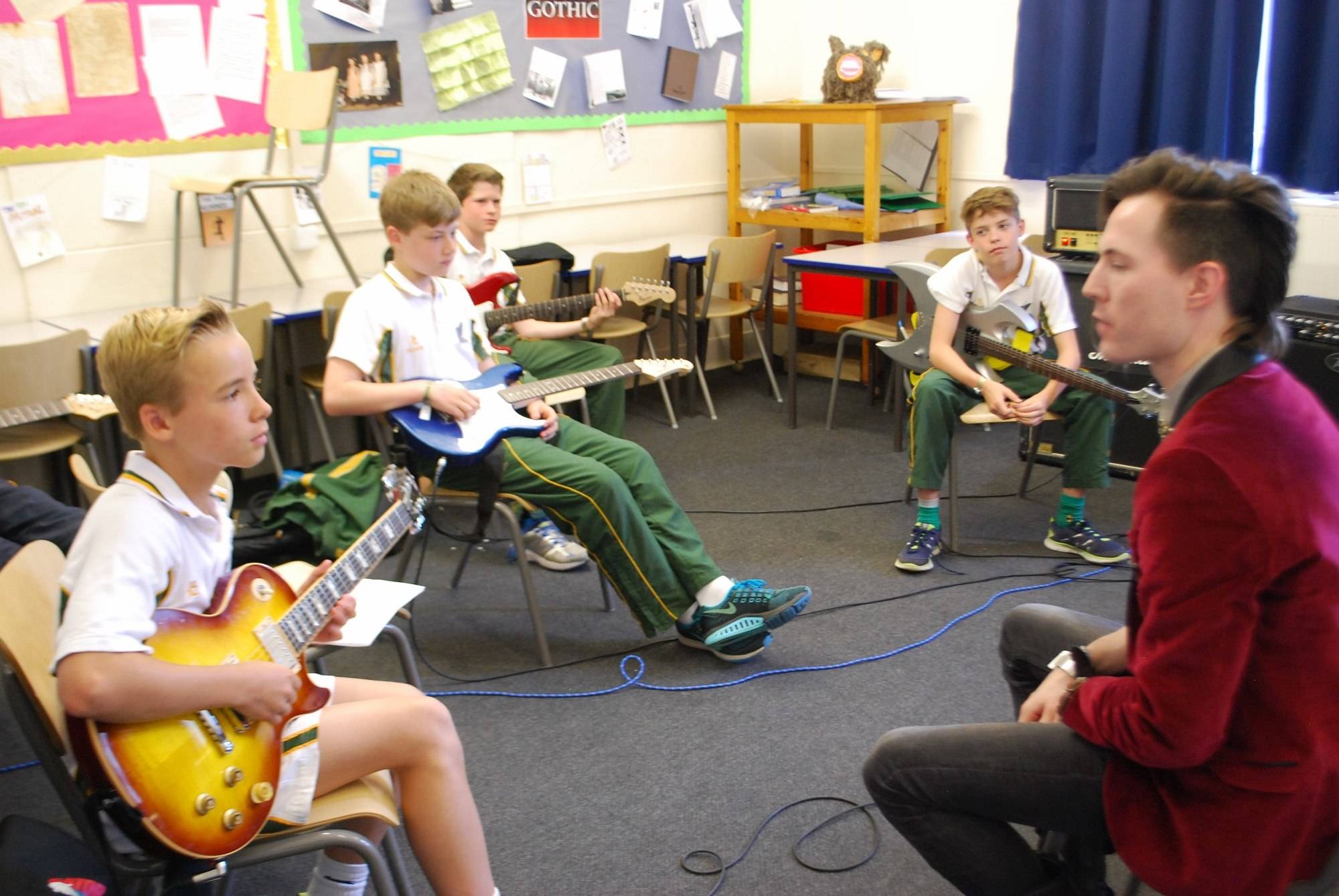 Almost one hundred students from local and London schools and colleges joined Ardingly students in a series of workshops run  by what Headmaster Ben Figgis called, 'some of the leading contemporary practitioners in theatre, music and dance.'  Working on the theme of Memory, the students and leaders devised completely original site specific pieces of  music, drama and dance in their groups.

By  Saturday night' s performance their work had been merged into an extraordinary Promenade Performance in which the audience was led from one scene to another around the school:  opera singers  and story tellers evoked a haunting atmosphere in chapel; pairs of  lovers quarrelled on the roof or flirted  in the garden;  dancers twirled, pirouetted, stamped and clapped to new music al compositions as we moved through a series of memories visual, musical and spoken evoked by passionate and committed performers.

Kane Husbands and Andrew Whyment, Associate Artists of the NYT, said after the performance that  they were thrilled it had all gone so well.  Andrew said, 'It has been a unique experience for these young people  to pull together the practices of all  the different  companies,' while Kane added ,'We have been breaking a few forms and something different and exciting has emerged.'

Thursday evening saw professional companies give performances; teacher Lysanne Fisher from Sackville School, East Grinstead, whose pupils  took part throughout the festival, said: 'We were treated to two amazing performances with The Government Inspector being a firm favourite amongst the students.'  Slot Machine put on extraordinary show, Ukulele Evangelists, described by a member of the audience as, 'a cross between Basil Brush and Carry on Screaming.'

On Friday night the College grounds echoed to the music of a series of bands on the festival stage, including Tomorrow Warriors and Roar MC.

Ardingly parent Helen Duncan, who described attending all three nights as 'really rewarding',  added 'I have been so surprised and impressed by the scale of what has been achieved in such a short time. The depth and range of work has been amazing.'

As the Saturday performance   ended with a huge parade of students and audience carrying  beautiful blue and white swifts made with  Same Sky and then listening to  student band  Last Carnival on stage, the Headmaster remarked, 'This is the best way any school could finish off the term.'

But final thoughts on the Festival go to two young participants.  Laura Godfrey-Brookes, age 19,  who has graduated with an HNC Performing Arts Degree from Central Sussex College, Haywards Heath, was an ArtsFest  Apprentice as part of a scheme sponsored by Savills and Arts Fest Associates. Laura acted as Stage Manager and  Apprentice Leader and  after the event said:

'The whole experience from beginning to end has allowed not only me but also students from local schools and colleges to work with industry professionals to challenge and inspire our work as young performers and writers. For me, the highlight has been seeing each student and the companies they worked with contribute to this collective piece of art: ArtsFest 2015.

'This has been an incredible opportunity for each and every person who helped and coordinated ArtsFest over the three  days -an experience that will not be forgotten anytime soon!'

Year 10 Ardingly College student, 15-year-old  Freya Thursfield, said:  'I thought ArtsFest 15 was a great opportunity to meet new similarly interested people and collaborate to create a piece. By the end of it we really felt as though we had achieved something amazing, and I came away with a completely new skill set and with plenty of inspiration for pieces that I will create in the future. I had a brilliant time working with the National Youth Theatre over the course of the three days, and I learned a lot about how to make a piece of theatre interesting through movement and use of space without even needing to use my voice. On the second day, we also worked with the theatre companies Punch Drunk and Frantic Assembly, doing workshops in which we were taught techniques in physical theatre, such as learning to lift and throw people, as well as how to interact with the performance spaces we were given. All of these techniques were included in our final performances and the work we had done over the three days with the three companies came together, and by the end I was really proud of what we had created. Personally, this has made me really look forward to the two week National Youth Theatre course that I am attending in the summer.'