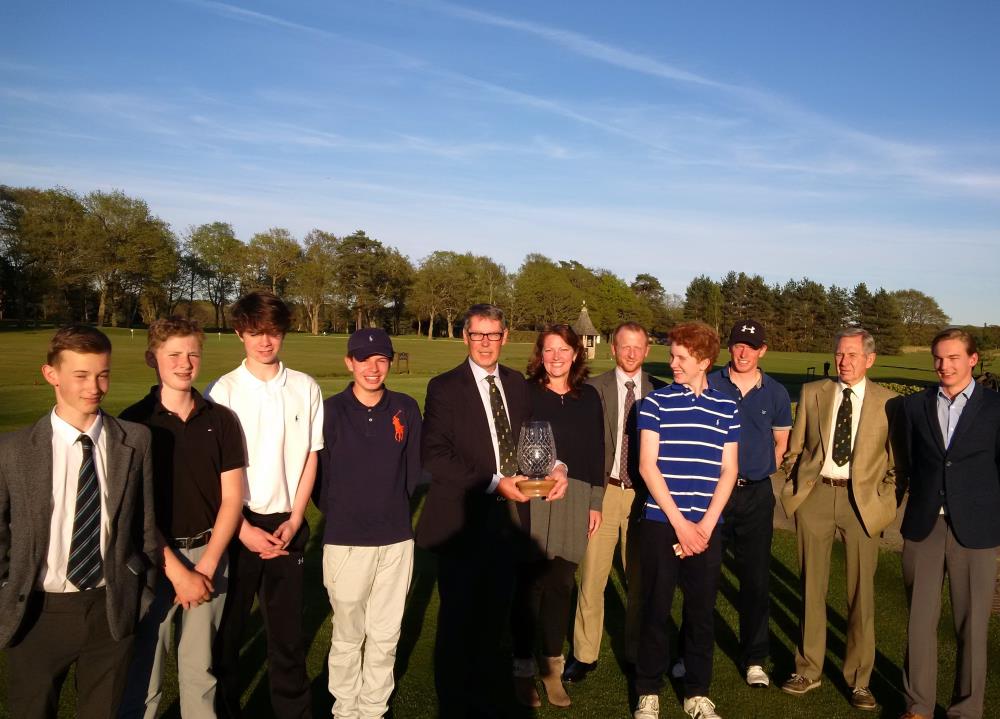 A very successful golf match was held on the 4th May at the world renowned West Sussex Golf Club, between a team of six golfers from Ardingly College and a team from the Old Ardinians.

The teams were competing for the inaugural William Gibbs Trophy, which was donated by the family of William ( ‘Bill’ ) Gibbs who played with, organised and actively encouraged all aspects of Ardinian golf for almost 50 years.  The crystal trophy is mounted on a hand turned base made using selected timber from a walnut tree that once stood in the Headmaster’s Garden at Ardingly College and which was felled by a storm in the mid-1970s.

On a perfect day for golf, the competition was fierce and went to the last game before the result could be finalised. In spite of some very strong play from the College team the Old Ardinians did win the match, by the slimmest of margins.  We look forward to the next match where the team from the College may be even stronger, as interest in golf is thriving.