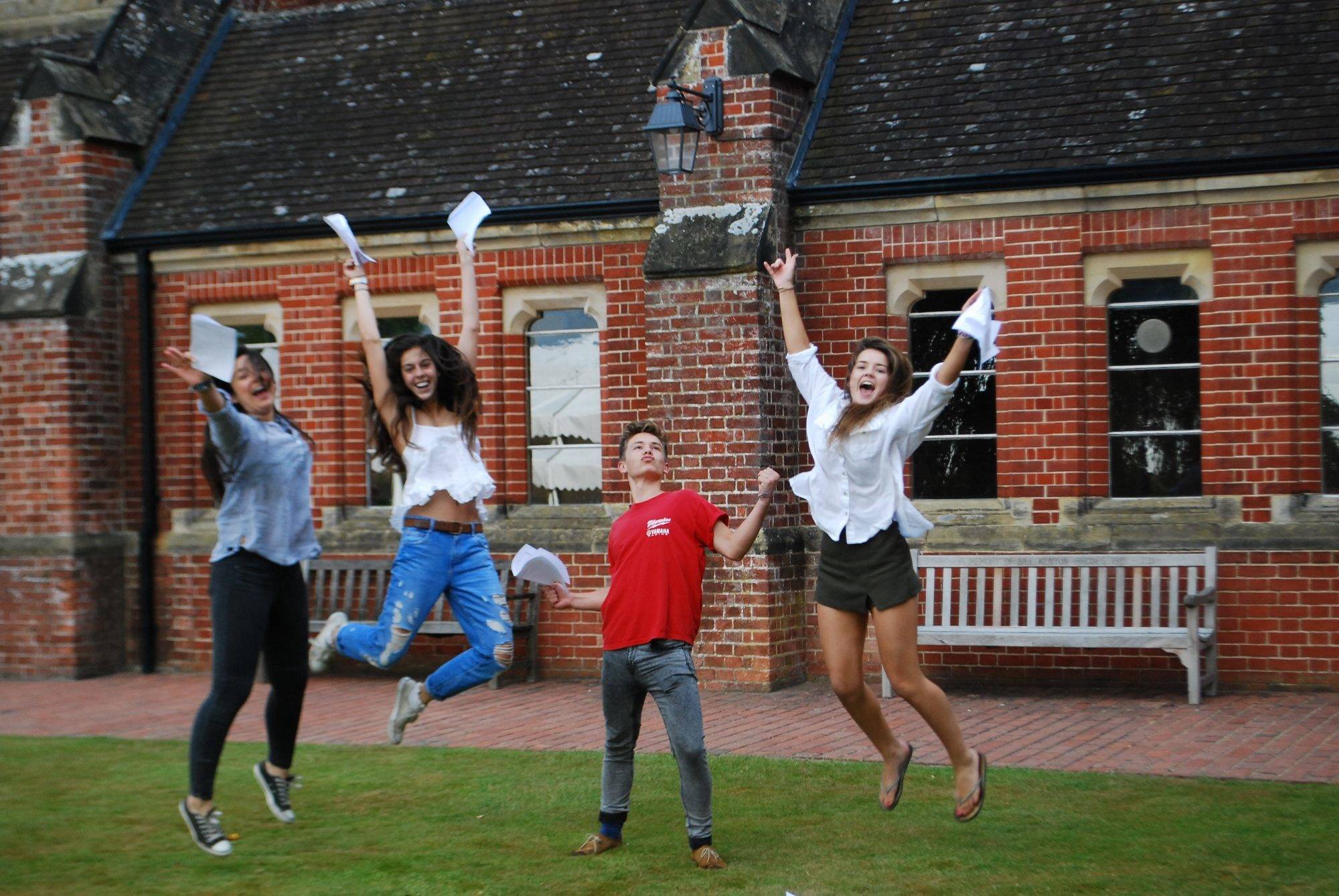 Forty-one of the Upper Sixth (Year 13) have been awarded the world-renowned International Baccalaureate Diploma.  Jamie Large, the Deputy Head Academic, said:  “With 37% of our students attaining 40 or more points out of the maximum 45 it puts them in the top 4% worldwide; it is an enormous achievement in an examination system which has seen no grade inflation over the years. Three students attained 43 points putting them in the top 0.83% in the world. Huge congratulations are due not only to those with the highest grades, but also to everyone who has been awarded the IB Diploma. These students join a global IB network welcomed by universities and employers throughout the UK and globally.”

Mr Large said: “Many of our high achievers were local and ‘home grown’ in our exciting Middle Years programme, reflecting an increasing demand from our own Fifth Form (Year 11) students in opting to study the IB Diploma rather than A Levels. 34% of students were awarded the prestigious bilingual diploma, showing a strong proficiency in two languages, including the study of literature.”

Many pupils secured places at outstanding universities in the UK and across the globe, which Mr Large said demonstrates that “our students are internationally competitive.” More than 80% gain a place at their first choice of university.

“The IB is an amazing way to prepare students for the academic demands of university and life in a globally competitive world,” he said.