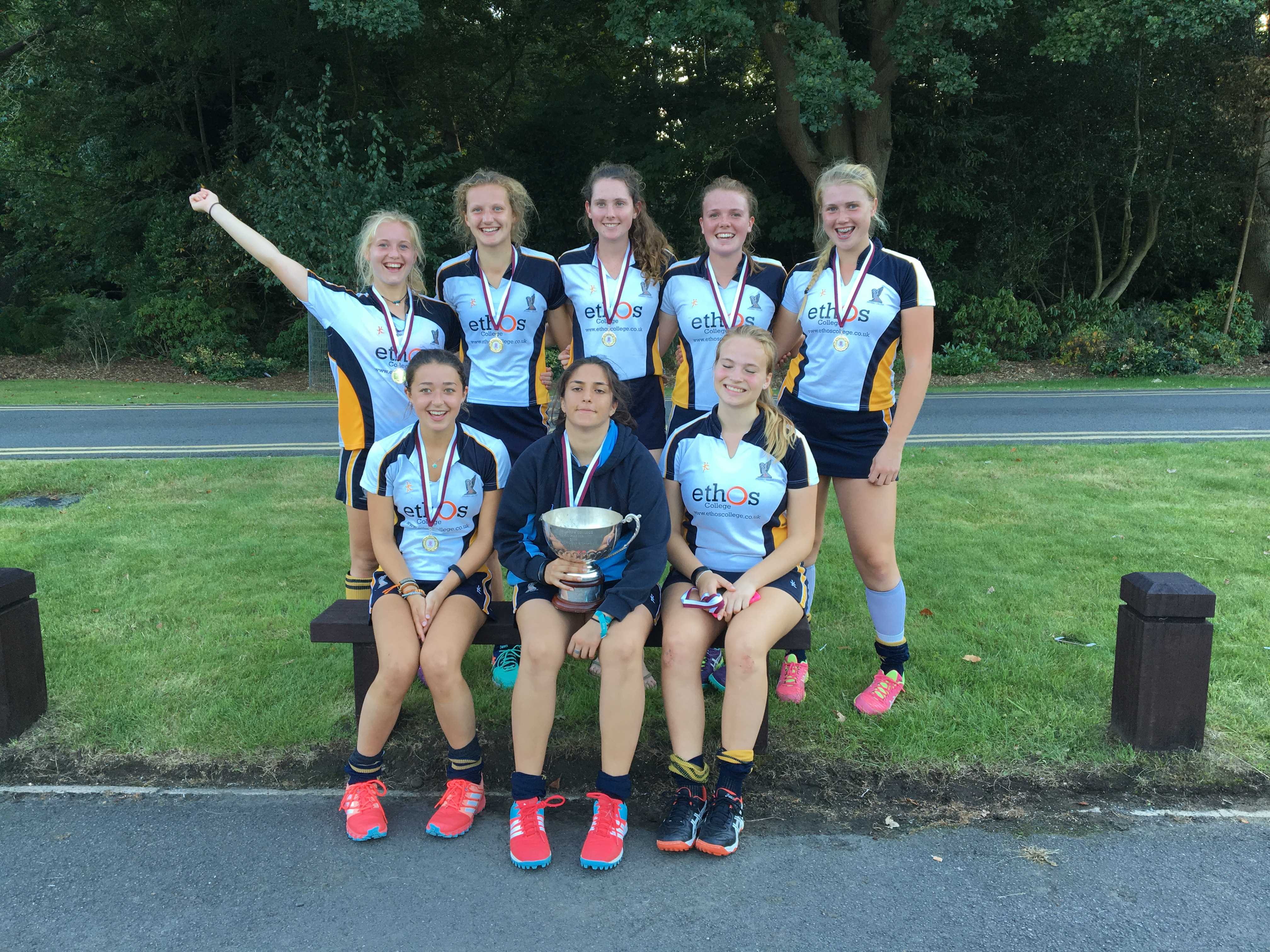 On a baking hot day, the ‘A’ team, made up of all but one girl from the Upper Sixth, went through the group stages unbeaten including five wins and just the one draw. This set up a semi final over Kingston Grammar School and a 3-1 win there ensured a final against a strong Cranleigh side. With an end to end game locked at 1-1 after normal time and then extra time, it was left to a penalty shootout to decide the winners. Theodora Anthony, the goalkeeper, was the hero saving two penalties and it was left to player of the match, Alexandra Malzer, to score the deciding penalty to win the trophy for Ardingly. This capped off a great day in which the Ardingly ‘B’ team made up of Vth and LVI girls only, lost only one game and that was to Cranleigh, the eventual runners up!

After a gruelling but glittering pre season which began with a tour of the Hague in Mid August where the girls were inspired by seeing the GB ladies win gold over the Netherlands, hopes are high for the season ahead. A 2-1 win versus a strong Repton side, boasting a number of junior internationals, in the final of the Repton pre season tournament in late August was integral in building confidence and this has been followed up in style with such a strong showing by the whole squad at the St George’s Sixes.

Upper Sixth forward, Ciara Branagan, has enjoyed a particularly successful pre season winning gold for England Under 17s at the Schools Games, a multi sport competition for the United Kingdom, modelled on the Olympic Games. Alexandra Malzer (Lower Sixth) also made her England Under 16 debut over the summer in matches against Scotland and Germany.

Congratulations to the whole squad on a fantastic couple of weeks but now that pre season is out the way, the hard work really begins if this squad want to fulfil their potential.