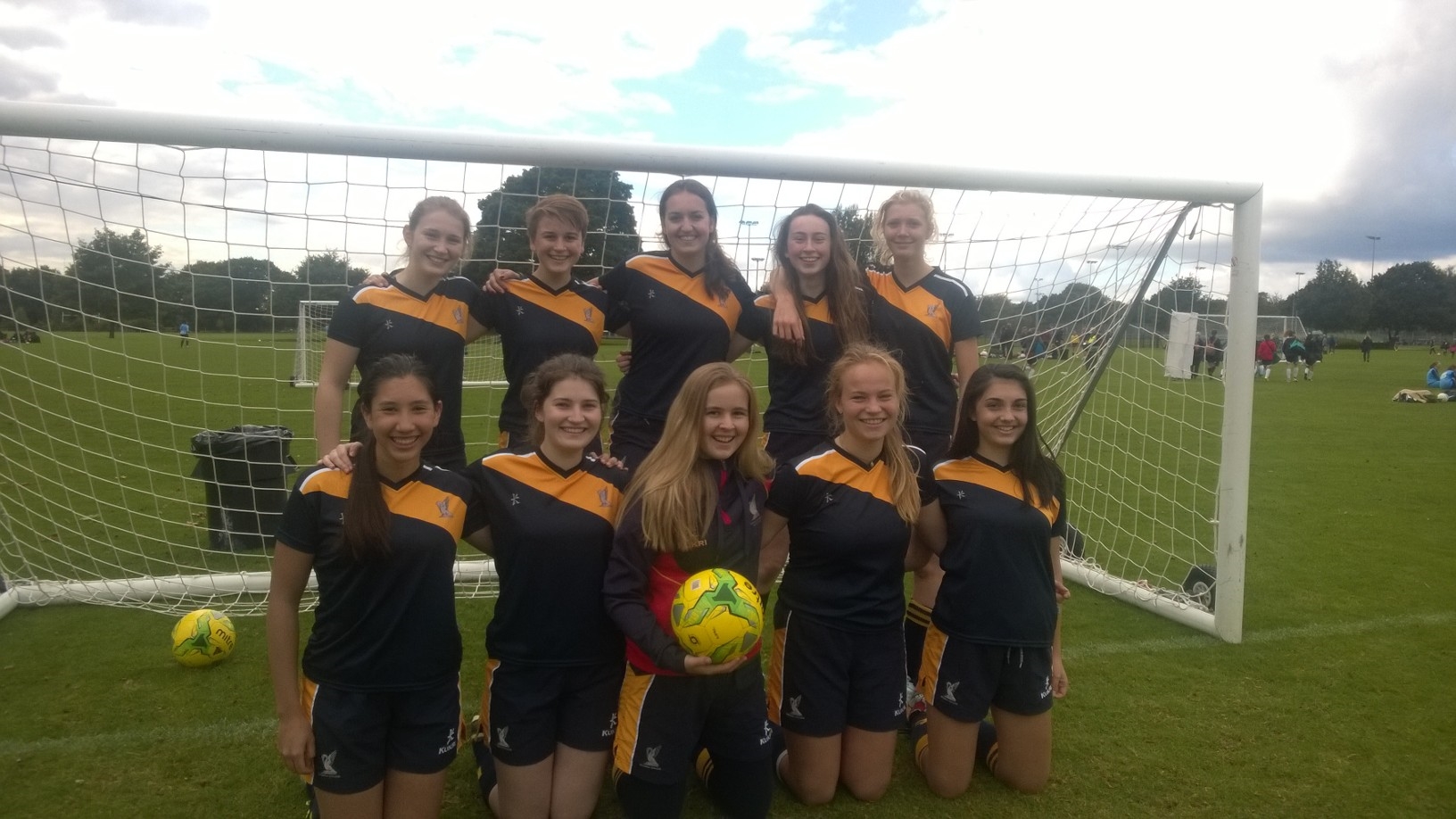 On Sunday 9th October the girls’ 1st team competed in the National Sevens Tournament at Charterhouse School for the first time in the College’s history.

With little experience of 7-a-side football the Plate competition was a realistic aim. However with a series of strong performances the Cup Competition was in sight if they won the last group game against St. Clares Oxford.

They dominated this game, but it wasn’t until the last minute that Adela Brzobohata hit a rocket of a strike into the top corner, from a Sophie Crooks assist. Reaching the Cup positions the team within the top eight in the Country.

The girls eventually bowed to Kings College Taunton, who are the current National Champions but with the performance of these U16 and U18’s girls the future of  girls’ football at Ardingly looks very promising.