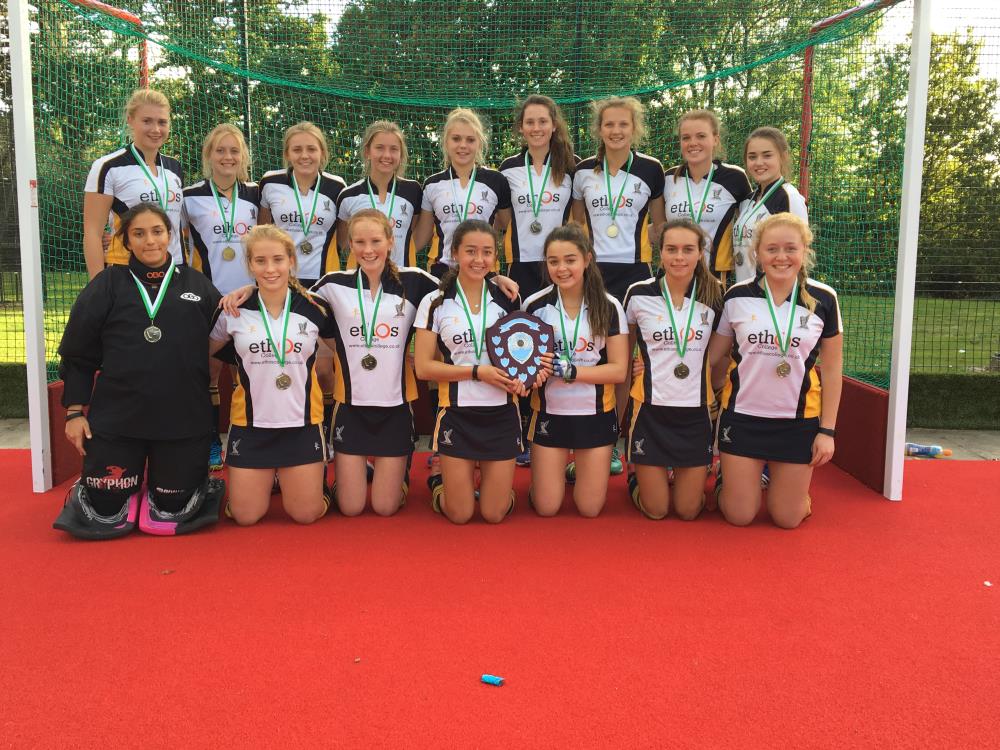 Ardingly College girls’ hockey 1st X1  won the Sussex Under 18 Cup on 6th October. After winning all their matches in a tournament held at Hurstpierpoint College, they now progress to the National competition, going on to represent Sussex at the Regional rounds after half term.

Ardingly College topped the group with convincing wins over Eastbourne, Lancing and Mayfield. They arguably played their best hockey of the day in the 3-0 semi-final win over Brighton College before summoning up last reserves of energy to beat Eastbourne again 2-0 in the final with both goals scored from penalty corners by Isabelle Childs.

Speaking of the team, which includes an impressive 11 county and four England Hockey Futures Cup players, Ardingly’s Head of Hockey and former England International, James Stedman, said: “The girls are to be congratulated on their performances – the quality of their passing of the ball at speed and composure under pressure were complimented  by visiting supporters and coaches.”