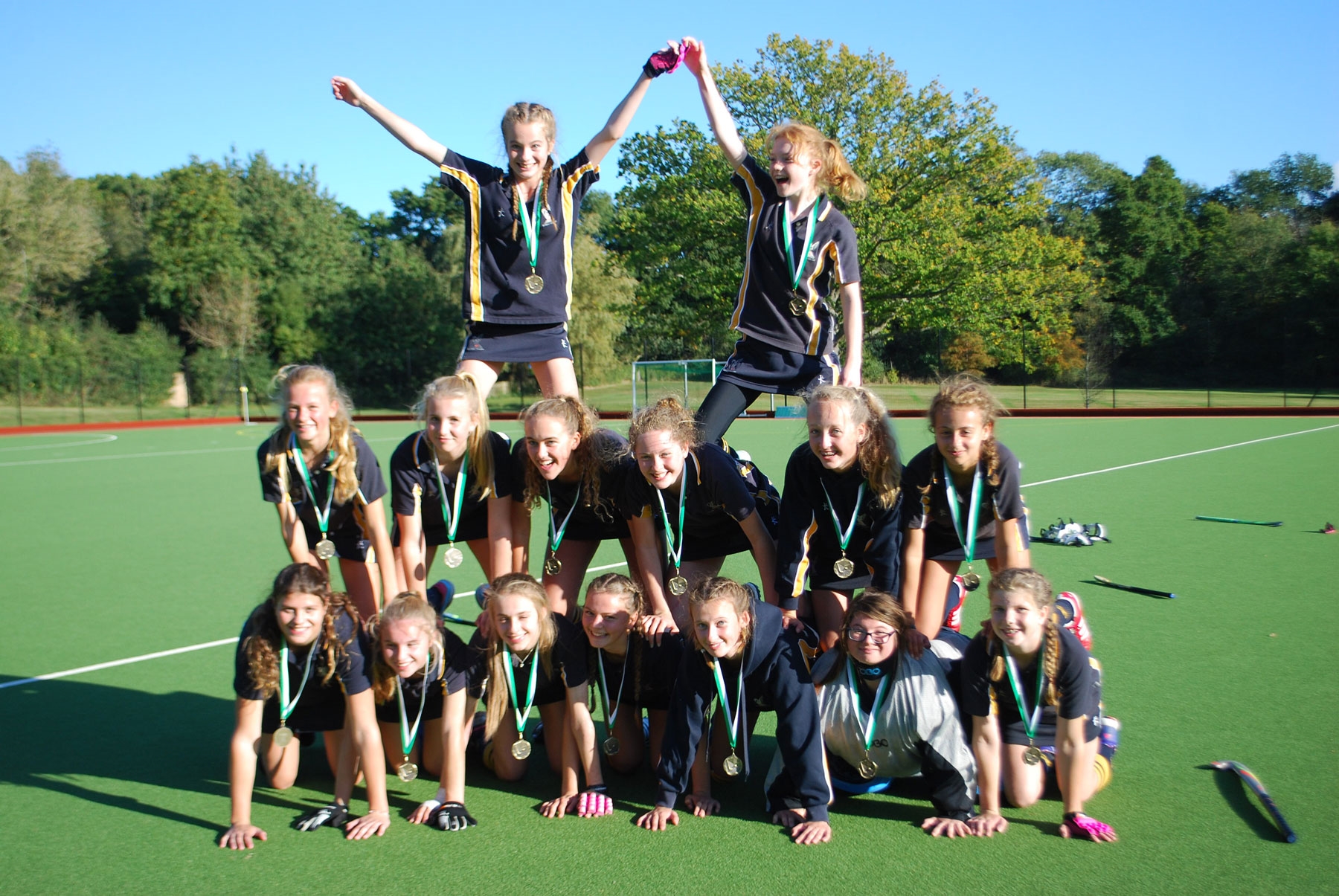 Ardingly College  Under 14 girls have  followed in the footsteps of the 1st XI in becoming County Champions in the Sussex Cup tournament which was held at Ardingly on 11th October. This caps off a fantastic week for Ardingly hockey.

A spirited 1-0 semi-final win over a strong Hurst side set up a final against Eastbourne College, a team who had beaten us earlier in the day in the group stages. Revenge was sweet as Eloise Richards scored the winning goal from a well-worked short corner move with the last shot of the match, much to the joy of the girls and the parents watching on the sidelines.
We now qualify for the Regional rounds of the competition after half term. Well done to all the 16 players in the squad.