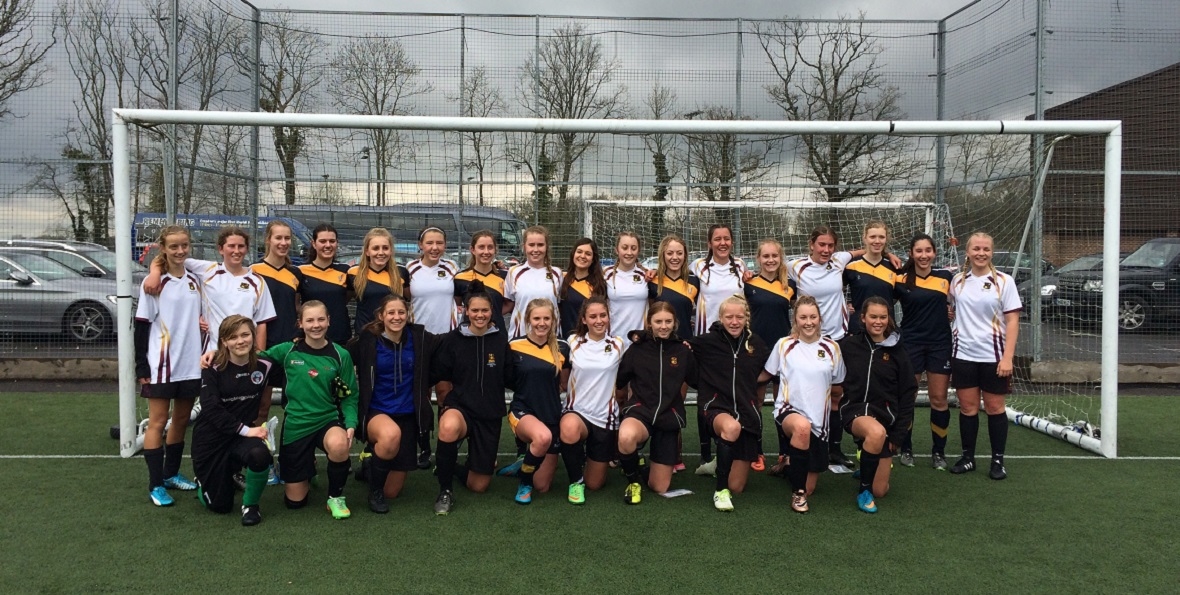 The Girls Football team played against a very strong Hamilton Team from New Zealand. Perhaps inspired by their male counterparts who have recently won the ISFA National title, girls football has increased in popularity and is going from strenght to strength.

Ardingly had a number of debutants with a mixture of players from Remove through to Upper Sixth! The first half saw Hamilton take advantage of a number of chances with some brilliantly taken goals to take a generous lead into the half time break. During half time we spoke about how we could be more organised at the back and try to play more football in the opposing teams half. This seemed to work with Ardingly’s Claudia Mackenzie scoring Ardingly’s first goal quickly after the break, and carried on after this to put Hamilton under a lot of pressure throughout the second half. The score finished 7-1, however there were many positives for the new look young Ardingly football team, who more than matched a very strong Under 18 side for the whole of the second half.  Player of the match – Alexandra Malzer