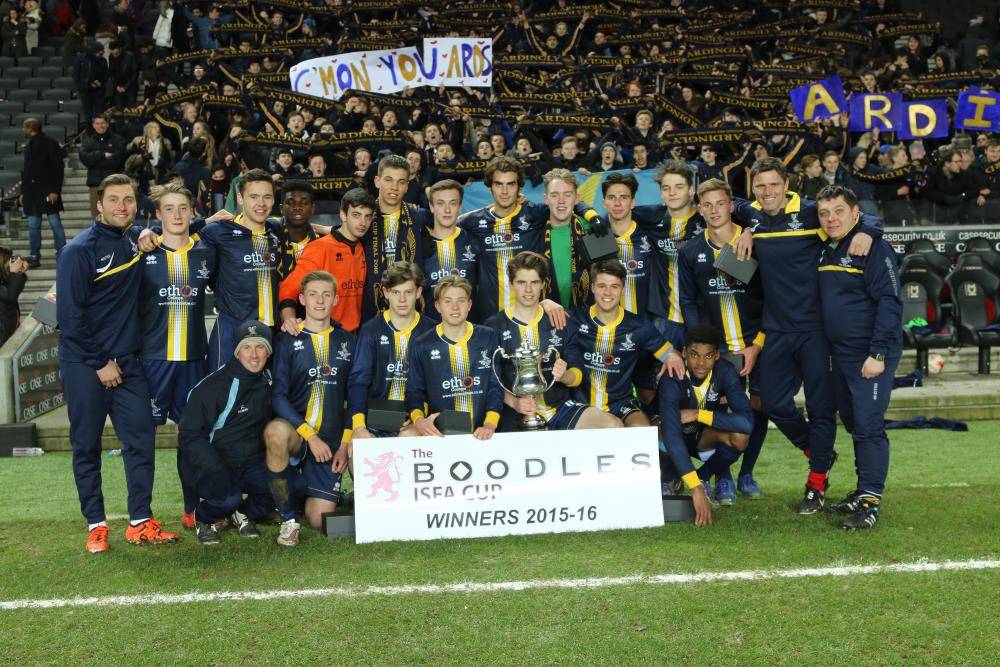 Ardingly College’s 1st XI are the second team ever to win the Independent Schools Football Association cup in consecutive years, as they beat Bradfield College 1-0 at Stadium MK, the home of Milton Keynes Dons FC.
In a tense affair, Bradfield started strongly, forcing the resolute Ardingly defence, shepherded by Matt Price and Josh Magrath, to work together in order to keep the scoreline level. Oscar Haynes Brown hit into the side netting with a break away chance, whilst the Man of the Match, David Bonilla Rasmusson, made two fine saves to make it 0-0 at half time. The game then became a tight affair, with few chances to speak of, as the match went to extra time.
Ardingly, with a new shape, and buoyed by fresh legs then attacked, and Toby Cassidy’s strong run led to a penalty given by international referee Martin Atkinson, which Oscar McConnell duly slotted home. Ardingly then held on, showing their superb fitness levels, to win the game by the solitary goal.

Ardingly are now the first team in ISFA history to win the “double double” having won the Elgin Southern League trophy and the ISFA Cup for the last two years. An incredible achievement.