ALL ARDINGLY FINAL AT THE COUNTY FENCING CHAMPIONSHIPS 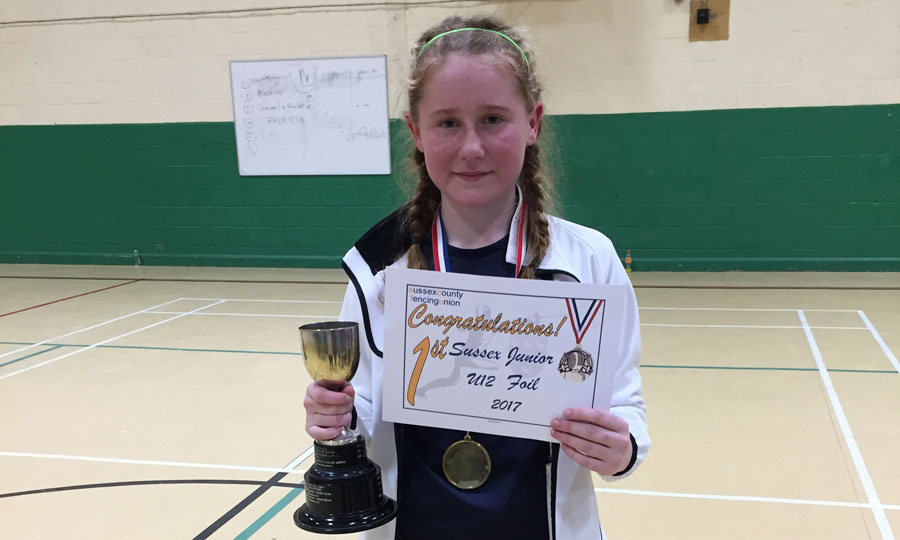 This year’s county fencing championships were held on Sunday 3rd December. We had a record number of competitors from Ardingly, particularly in the U12 category, with many competitors making their debut in an external competition.

The pupils all started strong and the Prep fencers could be inspired by former Prep students Louis Inglesfield and Xanthe Pollard, who came second and first respectively in the U16 event.

In the U12 boys’ event, all of the boys fenced extremely well against some tough opposition. Special mentions to Alfie Bowers who finished 7th, Paddy Klinge, who finished 6th and Monty Blockley, who finished 5th.

The U12 girls had even more success. Special mention to Keira who was fencing here for the first time and finished a very respectable 7th. The excitement increased as Eve and Amelia both remained undefeated all morning. They were storming to victory after victory and this meant we had a gripping all-Ardingly final. Amelia was victorious on this occasion so Eve finished in second place and Amelia was crowned the Sussex U12 Foil Champion.

Congratulations to all of the fencers for a very successful and promising day.