1ST XI ARE SOUTH CHAMPIONS AND QUALIFY FOR NATIONAL FINALS 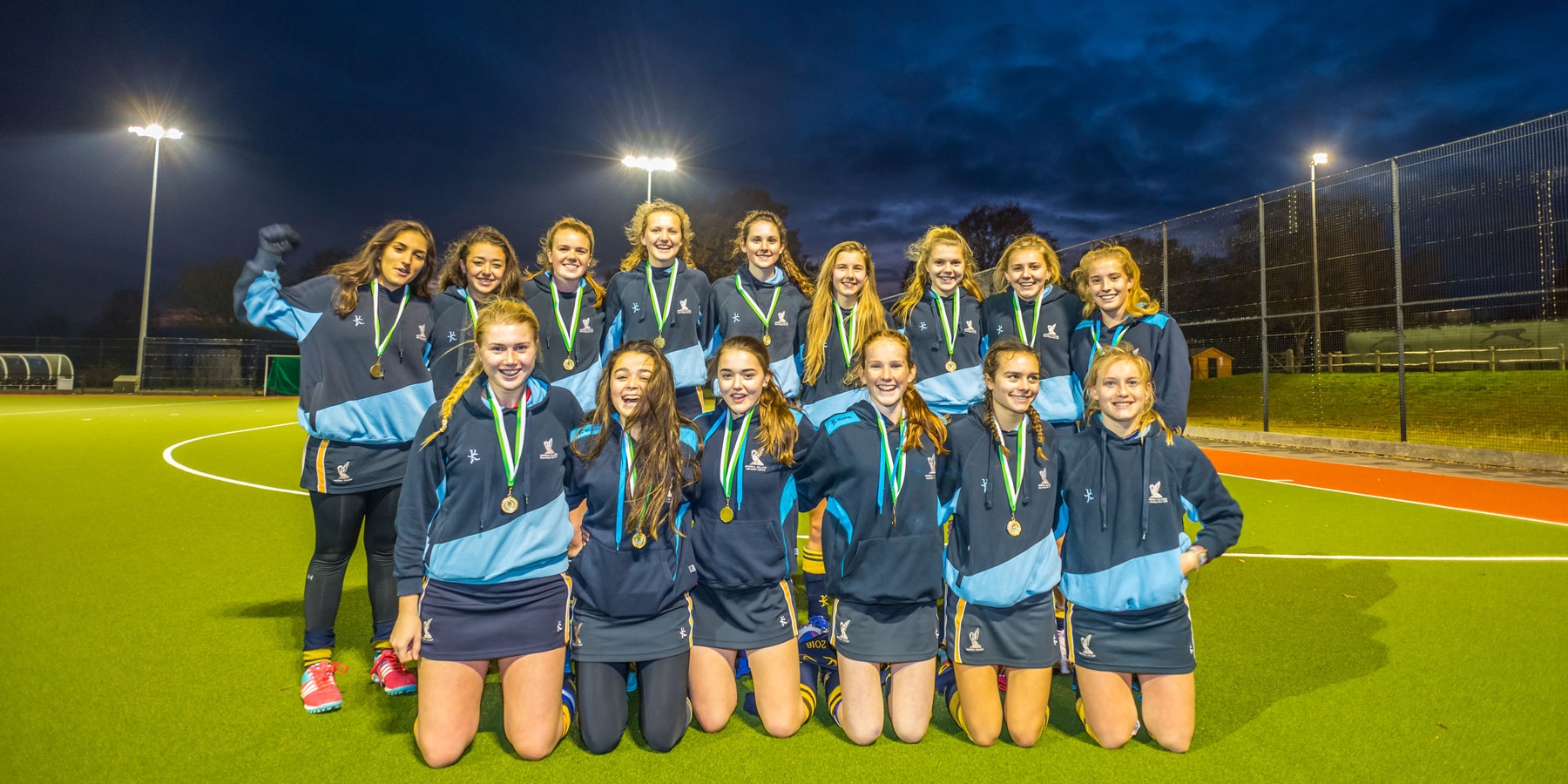 Huge congratulations to the 1st XI girls who were crowned South Champions after winning the Regional Finals on Wednesday 23rd November. In a round robin tournament consisting of four teams, only the winner was guaranteed a place at the Nationals so each game was crucial.  Two nail biting victories over St John’s Leatherhead (2-1 thanks to two goals from Rebecca Chee) and Stowe (1-0 thanks to an Ellen Bailes short corner) set up a must win clash against arch rivals and perennial National Finalists, Cranleigh, who had also won the their first two matches. Ellen Bailes’ was once again the match winner as her second half finish from Issy Malzer’s incisive cross was enough to secure the 1-0 win and a place in the National Finals.

This is the second time Ardingly have reached a National Finals in the past three years but the first time at Under 18 level, ranking us in the top eight schools in the country. The National Finals will take place at Lee Valley in Olympic Park, London on 1st and 2nd March 2017.

The day was a day of twists and turns as twice in the first two games, with the game seemingly won, Ardingly conceded a short corner in the last second of the game and had to defend for their lives. A pattern was emerging of goalkeeper, Theodora Anthony, having to save the day and so it proved again in the Cranleigh match as she made a brilliant diving save off a penalty flick with just five minutes remaining! The standard of hockey on show from both teams was worthy of a final and, as the final whistle blew, the reaction of the girls was one of unbridled joy as they realised what they had achieved. To concede just one goal in 120 minutes of hockey against the best schools in the South was a credit to the whole team. ​

The girls now set their sights on the South ‘double’ as they bid to become South Champions in indoor hockey next Sunday.